TOKYO, Japan, Oct. 1 — Today, AMD and Okinawa Institute of Science and Technology Graduate University (OIST) , announced the deployment of AMD EPYC 7702 processors for use in a new, high performance computing system. The EPYC- processor-based supercomputer will deliver the 2.36 petaflops of computing power OIST plans to use for scientific research at the University.

“2020 is a milestone year for OIST with new research units expanding the number of research areas. This growth is driving a significant increase in our computational needs,” said

Exolaunch, the leader in rideshare launch and deployment services for the New Space industry, announced a successful launch of 15 commercial, governmental and scientific satellites for its customers from Europe, Canada, the UAE and the U.S. The Mission dubbed “Wanderlust,” Desire to Travel, lifted off on September 28 at 11:20 UTC on a Soyuz-2 rocket, marking over 100 satellites deployed by the company.

The company confirmed successful separation of three microsatellites weighing within 100 kg and 12 nanosatellites into a sun-synchronous orbit of 575 km. These smallsats have various 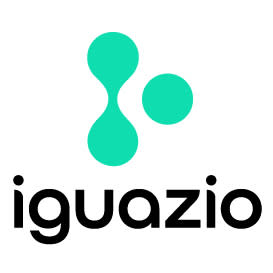 Iguazio, the data science platform built for production and real-time machine learning applications, today announced it has been deployed by mobile software company PadSquad, to improve the relevance and performance of the digital campaigns they run for their customers worldwide.

PadSquad is revolutionizing traditional media with interactive features and innovative technologies that transform the audiences’ experience and engagement with ad creatives. Iguazio was deployed by PadSquad to use AI to improve ad performance and reduce media costs for their customers.