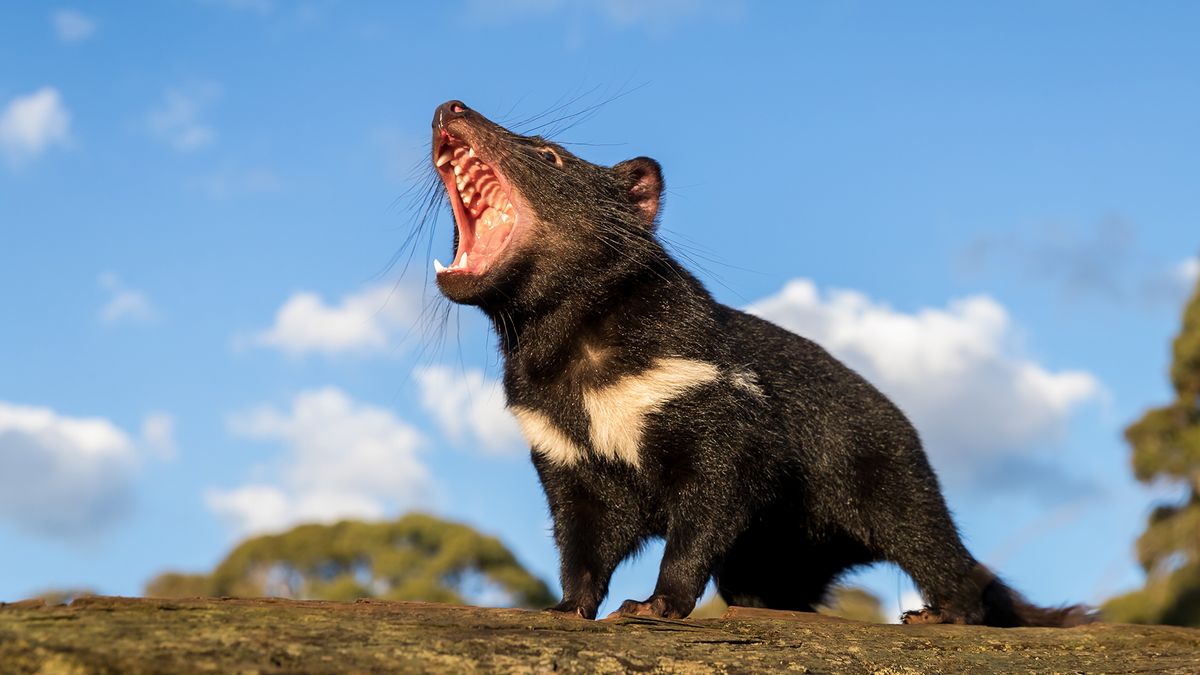 The pitter-patter of Tasmanian devil feet was heard in the wild of mainland Australia for the first time in 3,000 years, after a group of devils was released in Barrington Tops, a protected national park about 120 miles (200 kilometers) north of Sydney.

Tasmanian devils (Sarcophilus harrisii), the world’s largest carnivorous marsupial, have been long gone from most of the Australian continent, and until now the only remaining wild populations were on the island of Tasmania. Mainland devils were likely outcompeted by dingos, the wild dogs that were introduced to Australia at least 3,500 years ago, and which are now considered a pest species.

However, a decade of dingo eradication has offered Tasmanian devils a second chance. By clearing out dingos and reintroducing devils to Barrington Tops, conservationists hope to not only reestablish thriving wild populations of the iconic marsupials, but to also help protect other native

JAKARTA, Indonesia (AP) — Tasmanian devils, the carnivorous marsupials whose feisty, frenzied eating habits won the animals cartoon fame, have returned to mainland Australia for the first time in some 3,000 years.

“Seeing those devils released into a wild landscape — it’s a really emotional moment,” said Liz Gabriel, director of conservation group Aussie Ark, which led the release effort in partnership with other conservation groups.

The 11 most recently released devils began exploring their new home once they were freed from round, white cages at the nearly 1,000-acre Barrington Tops wildlife refuge in New South Wales state, about 190 kilometers (120 miles) north of Sydney.

Tasmanian devils, which were once called Sarcophilus satanicus or “Satanic flesh-lover,” went extinct in mainland Australia before the arrival of Europeans. Scientists believe the introduction of carnivorous dingoes, a surge in the indigenous human population, and a devastating dry season cause by a prolonged

Marvel actor Chris Hemsworth joined conservationists at Aussie Ark for a historic moment in his homeland of Australia, where they reintroduced the Tasmanian devil to the mainland for the first time in an estimated 3,000 years.

Leave it to Thor to help bring back Tasmanian devils to Australia.

Hemsworth and his wife and actress Elsa Pataky helped release a group of 11 Tasmanian devils into a 1,000-acre wildlife sanctuary at Barrington Tops National Park in New South Wales on Sept. 10, as part of a crucial effort to restore the endangered species to its former habitat.

“We laid some traps to catch 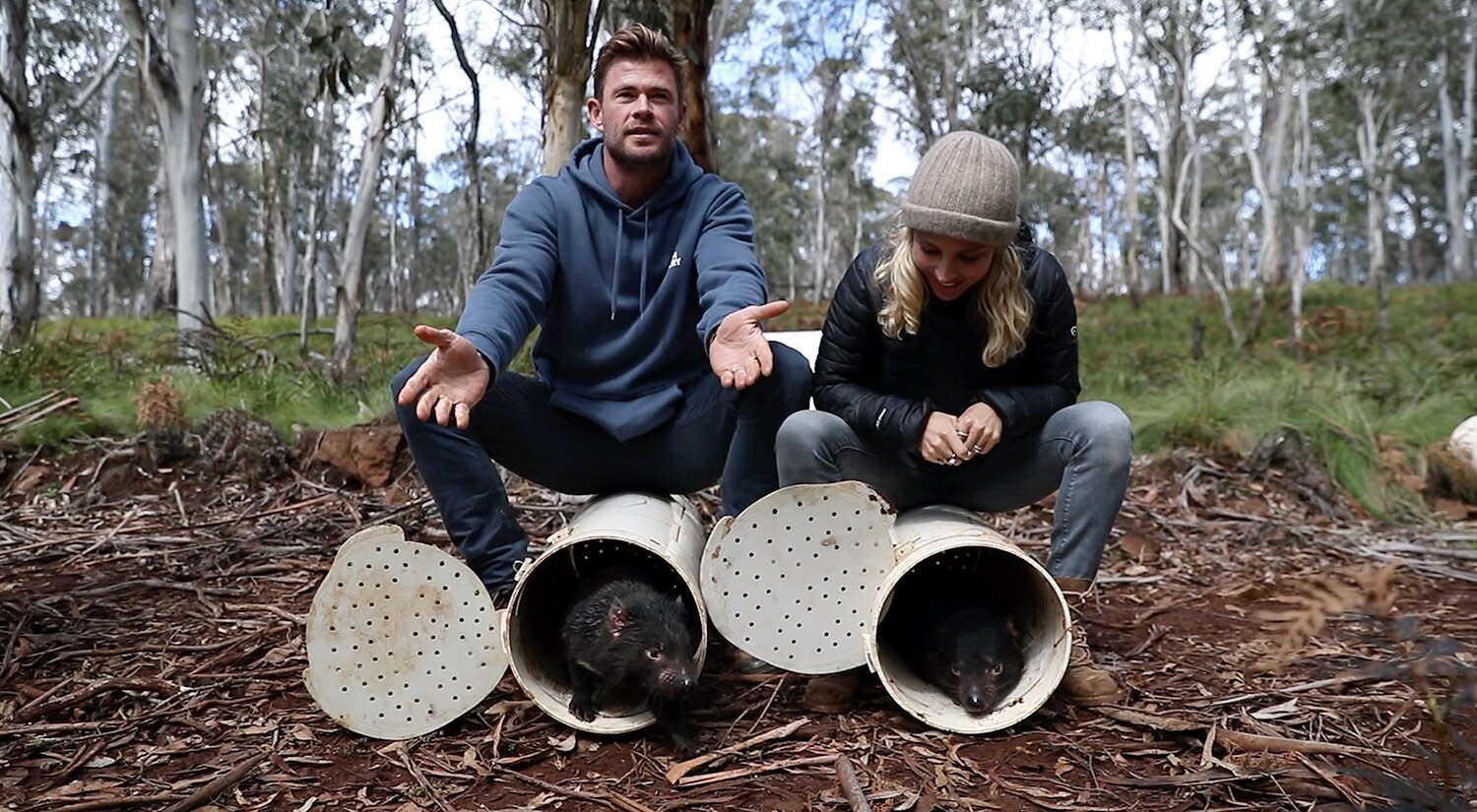 Thor is taking a break from saving humans with the Avengers to turn his attention to a slightly smaller animal.

Chris Hemsworth and his wife, fellow actor Elsa Pataky, recently helped conservationists release 11 Tasmanian devils into a nearly 1000-acre wildlife sanctuary in mainland Australia. The last time a Tasmanian devil set its paw on the soil of Australia’s mainland was over 3,000 years ago, according to a release from Global Wildlife Conservation.

The Australian actor and conservationists released these animals in an effort to “rewild” Australia — the country with the world’s worst mammal extinction rate. Aussie Ark, in partnership with Global Wildlife Conservation and WildArk, started this project over 10 years ago and is proud to finally have a former animal resident back on Australian soil.

“In 100 years, we are going to be looking back at this day as the day that set in motion the ecological 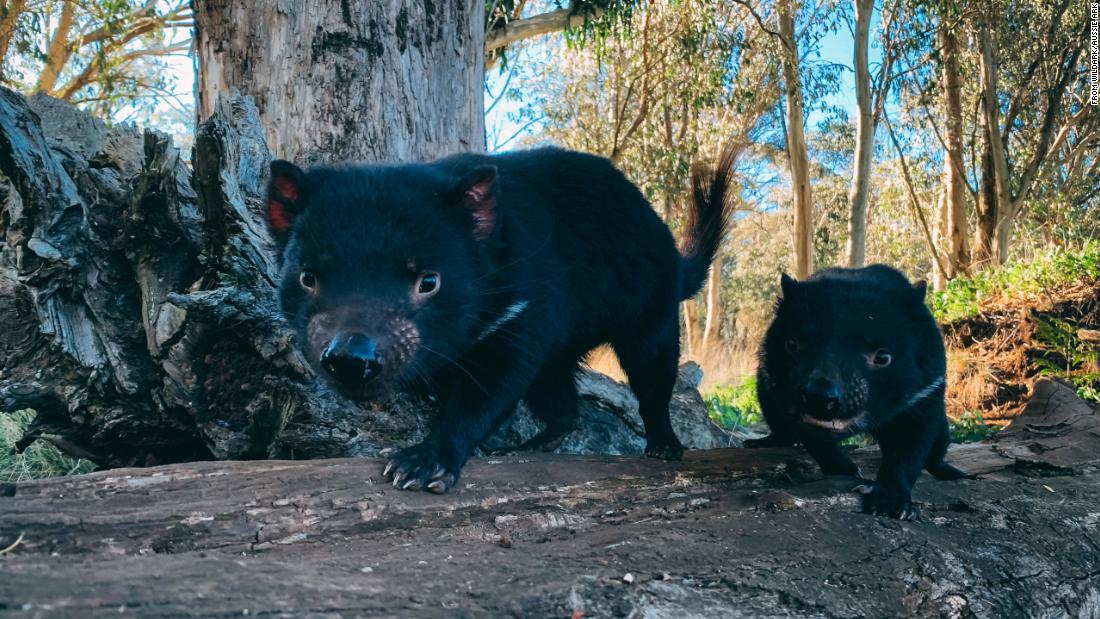 The carnivorous marsupials have been released into a 400-hectare (988-acre) wildlife sanctuary north of Sydney, New South Wales, Australian NGO Aussie Ark said in a statement.

“In 100 years, we are going to be looking back at this day as the day that set in motion the ecological restoration of an entire country,” said Tim Faulkner, president of Aussie Ark.

“Not only is this the reintroduction of one of Australia’s beloved animals, but of an animal that will engineer the entire environment around it, restoring and rebalancing our forest ecology after centuries of devastation from introduced foxes and cats and other invasive predators.”

Tasmanian devils died out on the mainland after the arrival of dingoes and were restricted to the island of Tasmania. However, their numbers suffered another blow from a contagious form of cancer known as Devil Facial Tumor Disease (DFTD), which has killed around 90% of the population
… Read More

It’s been 3,000 years since the Tasmanian devil’s raspy shriek rang through the forests of mainland Australia. But now, thanks to a dogged reintroduction effort, 26 of these endangered tiny terrors have returned.

No bigger than a lapdog, these marsupials are famous for their ferocity and powerful jaws, which can reduce large carcasses to smithereens in minutes. But in the 1990s, the species was hit with a contagious and deadly mouth cancer, causing its only remaining wild population, on the Australian island state of Tasmania, to drop to just 25,000 animals.

It’s unknown why the species disappeared from Australia millennia ago, but it’s likely due to human actions—when early hunters killed off most of the continent’s megafauna, the devils had nothing left to eat.

As scavengers, devils play a crucial role in maintaining a balanced, healthy ecosystem—which is why scientists have been trying so hard to bring them back.