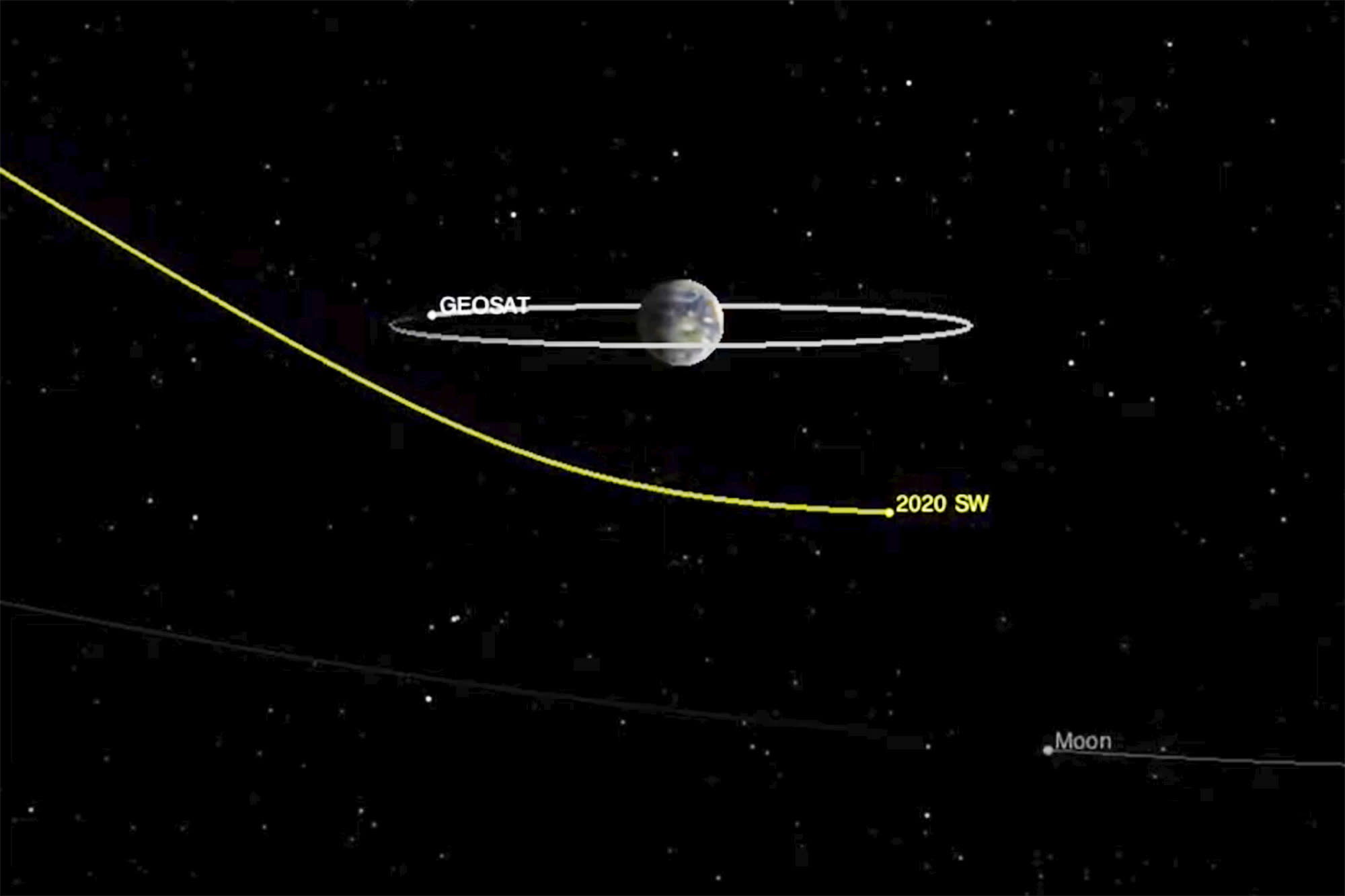 CAPE CANAVERAL, Fla. (AP) — An asteroid the size of a school bus is headed our way, but NASA says the space rock will zoom safely past Earth on Thursday.

The newly discovered asteroid will come within 13,000 miles (22,000 kilometers) of Earth, well below many of the communications satellites orbiting the planet, scientists said this week. The closest approach will occur Thursday morning over the southeastern Pacific Ocean.

Once it’s gone, the asteroid won’t be back to Earth’s neighborhood until 2041.

Scientists estimate the asteroid is between 15 feet and 30 feet (4.5 meters to 9 meters). By asteroid standards, that’s considered puny. Asteroids of this size hit Earth’s atmosphere and burn up once every year or two, said Paul Chodas, director of the Center for Near-Earth Object Studies at NASA’s Jet Propulsion Laboratory. There could be as many as 100 million of these little asteroids out there.