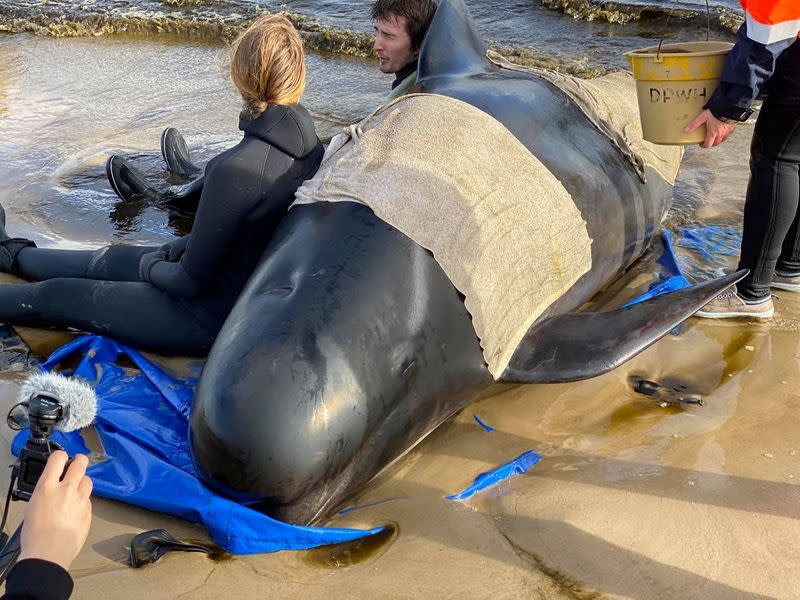 SYDNEY (Reuters) – Rescuers are trying to free a pod of long-finned pilot whales stranded off the Australian island of Tasmania. Around 470 whales are in the pod, more than half of which have already died, in one of the world’s biggest beachings.

WHY DO WHALES BEACH THEMSELVES?

It’s the question that has puzzled marine biologists for years, and continues to do so. Mass whale strandings have occurred throughout recorded modern history, and likely earlier.

While scientists don’t know the exact reason, they do know that whales – and dolphins, which are also prone to mass beaching – are very sociable animals. They travel together in pods, often following a leader, and are known to gather around injured or distressed whales.

“There are many different factors that can cause a stranding,” said Australian