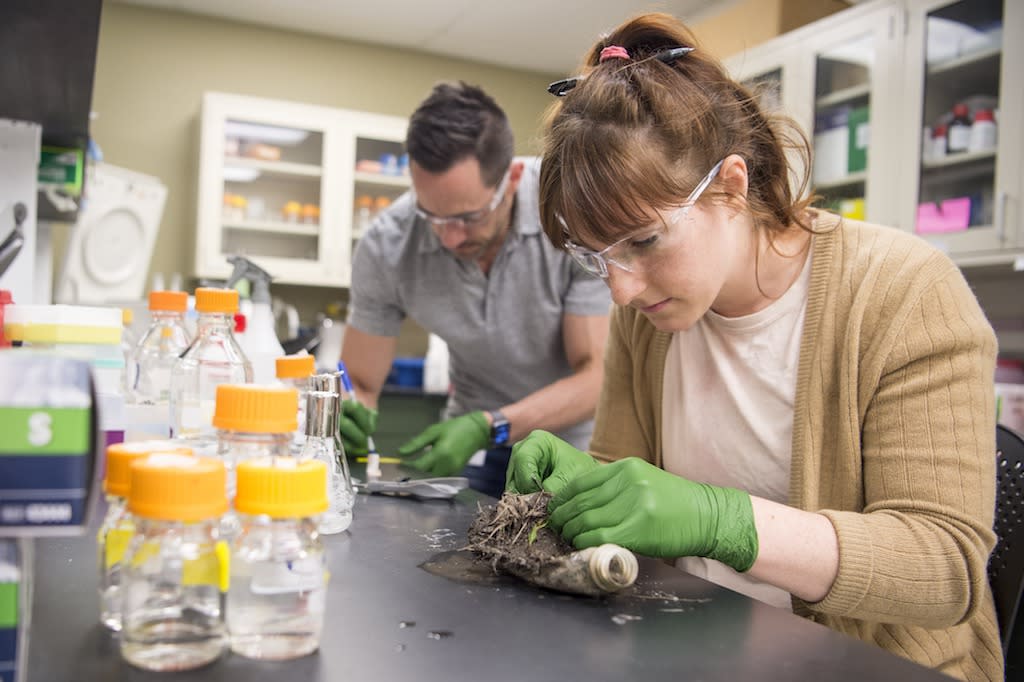 NREL researchers Chris Johnson and Rita Clare take biological samples from an old PET soda bottle that Johnson found during a cleanup drive around NREL. They are looking to isolate any microbes that may be breaking down the PET. Photo by Dennis Schroeder, NREL

Golden, CO, Oct. 01, 2020 (GLOBE NEWSWIRE) — A collaboration between scientists at the U.S. Department of Energy’s National Renewable Energy Laboratory (NREL), the University of Portsmouth in the United Kingdom, and other partners has yielded further insight into the workings of plastic-eating enzymes.

The research determined two synergistic enzymes—PETase and MHETase—work effectively in tandem to break down polyethylene terephthalate (PET), which