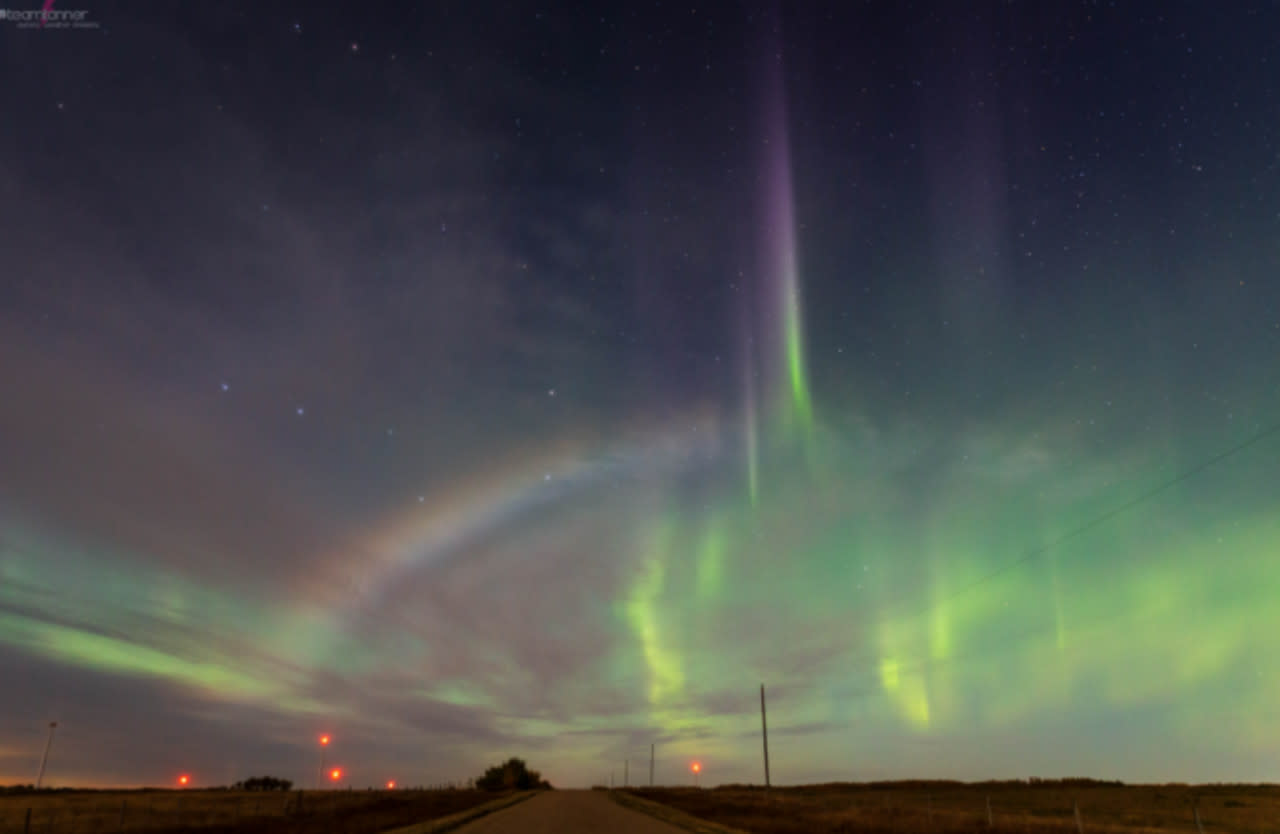 Sky-watchers in southern Alberta were treated to a spectacle Sunday night, with bright auroras dancing across the sky.

And that’s not all.

One image — featuring an elusive ‘moonbow’ alongside the auroras has gone viral.

“A moonbow is, essentially, a lunar rainbow which is seen at night, as the light from the Moon is backscattered by water droplets or raindrops,” explains Weather Network science writer Scott Sutherland.