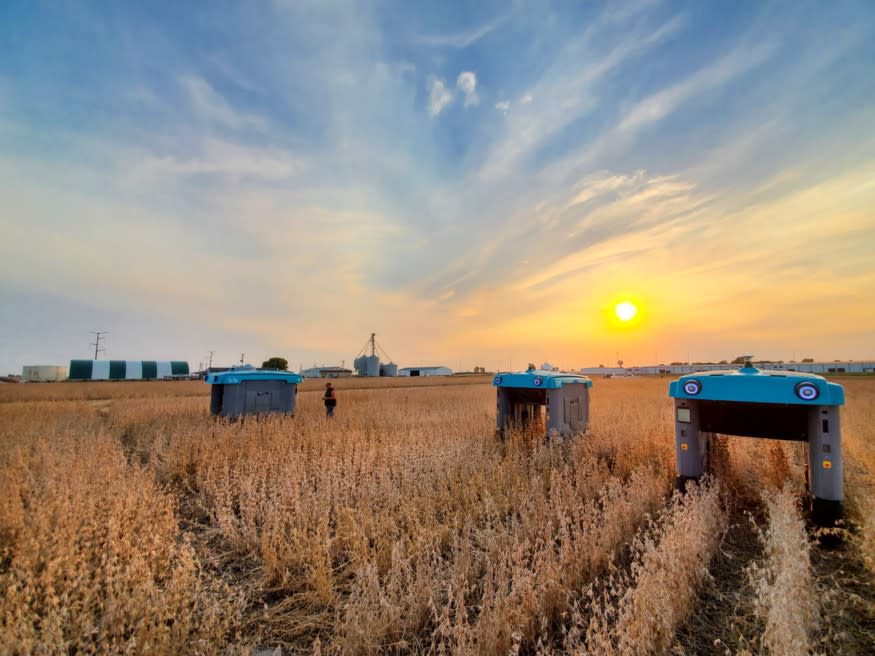 Alphabet (you know… Google) has taken the wraps off the latest “moonshot” from its X labs: A robotic buggy that cruises over crops, inspecting each plant individually and, perhaps, generating the kind of “big data” that agriculture needs to keep up with the demands of a hungry world.

Mineral is the name of the project, and there’s no hidden meaning there. The team just thinks minerals are really important to agriculture.

Announced with little fanfare in a blog post and site, Mineral is still very much in the experimental phase. It was born when the team saw that efforts to digitize agriculture had not found as much success as expected at a time when sustainable food production is growing in importance every year.

“These new streams of data are either overwhelming or don’t measure up to the complexity of agriculture, so they defer back to things like tradition, instinct or

The power of scientific knowledge can serve as the great equalizer for the future. What we do now to prepare our youth who are most at risk of getting left behind will echo for generations to come.

Our youth are our future, and what we do today to grow science literacy will shape that future. According to Pew Research Center, only 30 percent of Americans seek out scientific news, and on international tests, the U.S. stands, at best, in the middle of the pack on science and math scores.

As John Adams famously stated, “facts are stubborn things,” and the lack of trust in science coupled with our setbacks in preparing the next generation in science-based fields raises an alarm. It illustrates that now is our moment to act for science literacy.

As we navigate this unprecedented moment, the future of Columbus will be defined by our ability—across racial and