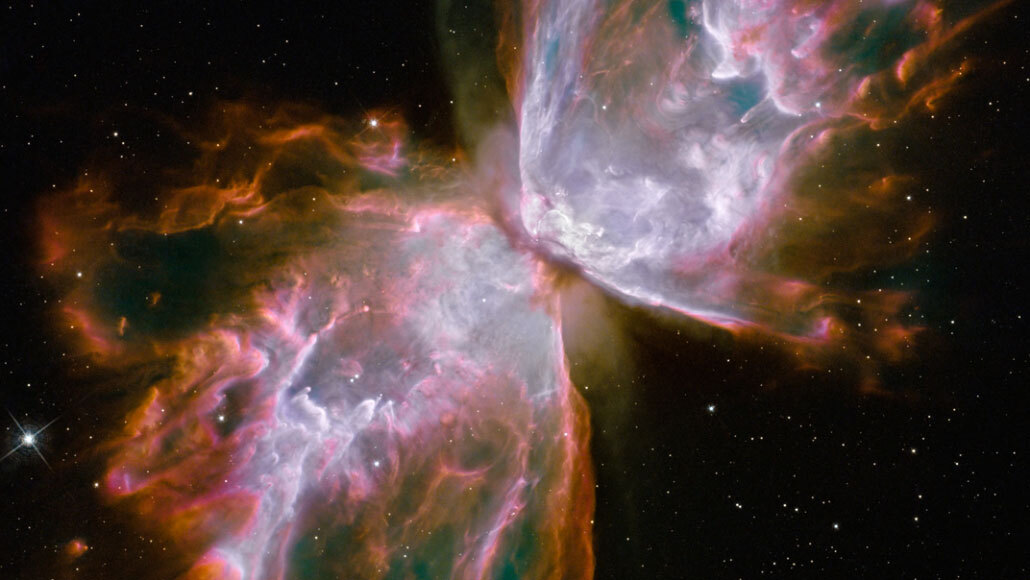 In their dying throes, some stars leave behind beautiful planetary nebulae — disk, spiral or even butterfly-shaped clouds of dust and gas (SN: 5/17/18).

How these fantastically shaped clouds arise from round stars is a mystery. New observations of red giant stars suggest that massive planets or other objects orbiting dying stars help stir up stellar winds and shape planetary nebulae, researchers report in the Sept. 18 Science.

“We were wondering how stars can get these beautiful shapes,” says Leen Decin, an astrophysicist at KU Leuven in Belgium. So she and her colleagues examined 14 stars in the red giant phase, before they become planetary nebulae. Data from the Atacama Large Millimeter/submillimeter Array in Chile revealed that stellar winds — fast-moving flows of gas, dust and subatomic particles such as protons — ejected from the red giant stars have different shapes, including spirals, disks and cones.