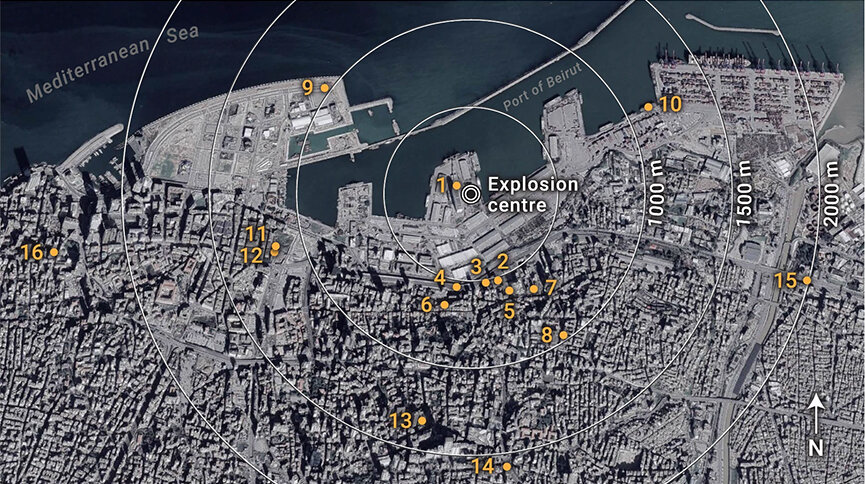 The explosion in the Port of Beirut was one of the biggest non-nuclear blasts in history—releasing enough energy in a matter of milliseconds to power more than 100 homes for a year—according to a new assessment of the disaster by engineers from the University of Sheffield.

Researchers behind the study, from the University’s Blast and Impact Engineering Research Group, hope that the new assessment can be used to provide policymakers and the public with more accurate information on the blast, as well as to help first responders prepare for future disasters and save lives.

After analyzing videos of the explosion posted on social media, the team of researchers has been able to estimate the power of the blast by tracking how the explosion’s shockwave spread through the city.