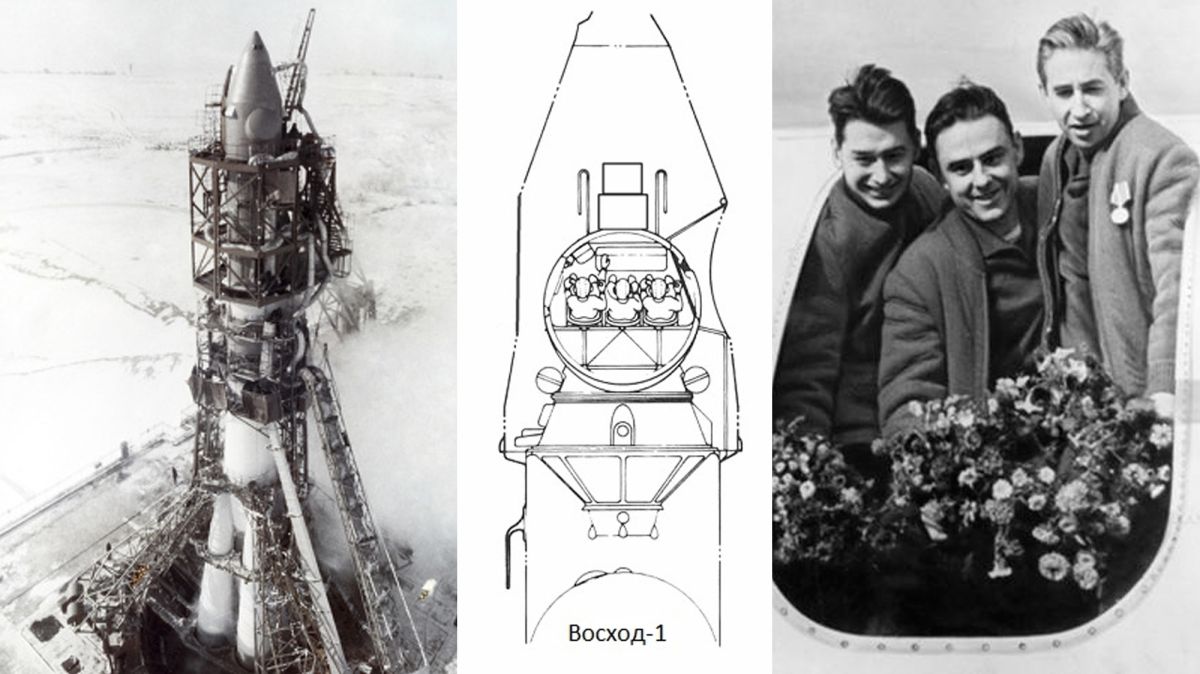 The Voskhod spacecraft was a vehicle used by the Soviet Union during the Cold War space race to carry crews of up to three cosmonauts. Though it only flew two missions, Voskhod (which means “sunrise” in Russian) achieved major milestones with each flight: Bringing the first multi-person crew into space and helping carry out the first spacewalk in history.

The USSR’s Voskhod program was the country’s second human spaceflight project, following the earlier successes of the Vostok program, which ran from 1960 to 1963 and took single-person crews into orbit. In June 1963, architect of the Soviet spaceflight program Sergei Korolev proposed four more missions under Vostok that would have added new capabilities, such as  improved guidance systems and eventually, two-person crews, according to a NASA spaceflight paper by historian Asif Siddiqi.

Around the same time, the United States was readying its second human spaceflight program, the two-person