There have been a lot of scintillating debutantes hitting the market this year. Some members of the 2020 IPO class will be among the market’s biggest winners in the coming years, and the current climate of high volatility makes it a compelling time to stake your claim on a promising rookie.

Lemonade (NYSE:LMND), Vital Farms (NASDAQ:VITL), and Snowflake (NYSE:SNOW) are three hot IPOs that went public this summer with strong long-term upside. Let’s take a closer look at why these are three winning stocks that you can buy in October. 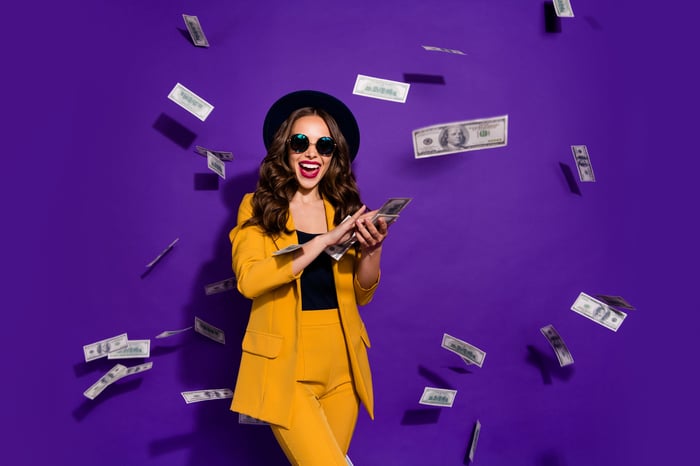 Insurance may not seem like a growth industry, but it’s obviously one that’s ripe for disruption. Lemonade has exploded on the scene of property insurance, and its appeal at simplifying the process with an altruistic bent has made it a popular choice for tech-savvy young adults. A head-turning 70% of its customers are 35 or younger.

Lemonade’s online platform leans on Maya, an artificial intelligence chatbot that can get you squared away with a new policy after just about two minutes. A different chatbot initially handles claims, and sometimes that’s all that is needed. At the time of its IPO its customer base of 729,325 had nearly doubled over the past year.

There are some pretty good reasons to warm up to a cold glass of Lemonade here. Its youthful clientele means that for a lot of them this is the first property insurance purchase for an apartment or home that they are buying. A hearty 90% of its accounts aren’t switching over from another carrier. Having a young client base can provide decades of loyalty if Lemonade does right by them, especially as it scales its platform to offer other insurance products.

Another big reason to like Lemonade is that most of its customers are on renter policies for their apartments. Lemonade is getting its foot in the door this way, and the policies average a mere $150 a year. However, as these young accounts eventually buy homes — a pace that’s accelerating given the suburbanization trend — the average homeowner policy at Lemonade is roughly $900.

Lemonade went public at $29, opened above $50 and went as high as $96.51 on its second day of trading. It’s now back to where it opened on its first market day, making this the same ground-floor opportunity that retail investors had back in July.

Hitting the market without the same prolific buzz as Lemonade and Snowflake, Vital Farms went public at $22 as an ethical food company that is trying to disrupt the dairy retail market. It has partnered with 200 family owned farms abiding by humane farming for its pasture-raised eggs and butter products.

The grocery store may seem like an odd place for a disruptive growth company, but Vital Farms managed to grow its revenue by 32% last year. It’s now sold through more than 13,000 stores, tripling its retail presence over the last four years. It is not the second largest U.S. brand by retail dollar sales, but there’s a lot of real estate left to conquer.

Vital Farms opened at $35 on its first day of trading, and it has spent most of the past two months hovering between the mid-$30s and the low-$40s. It closed at exactly $40 on Thursday, so you may as well count on this egg seller before it hatches.

Snowflake was last month’s shooting star. Underwriters figured that they could price the cloud-native data management system specialist as low as $75 before settling on $120. It wasn’t enough. Snowflake opened at $245, but went on to hit a high of $319 on its market debut day. Like Lemonade, Snowflake stock is back to where it was at its initial open.

Snowflake attracted growth investors and even Warren Buffett ahead of the IPO. Its growth will impress you. Revenue soared 173% in its previous fiscal year, an unsustainable pace but Snowflake’s top line decelerated to a still impressive 133% through the first half of this fiscal year.

A big metric in sizing up cloud-based enterprise platforms is a company’s net revenue retention rate. Any number over 100% means that returning customers are generating more revenue than they did a year earlier. Investors love to see this figure at 120% — indicating that returning customers are spending 20% more — but Snowflake is clocking in at an impressive 158% net revenue retention rate.

If you enjoy that new stock smell, you’ve come to the right place. Lemonade, Vital Farms, and Snowflake are some of the hottest IPO stocks to buy in October.