OPINION: Advancements in brain-computer interfaces have brought humanity to a crossroads and the need for stewardship has never been greater.

Imagine this: You wake up disorientated only to see a woman in a lab coat who says “congratulations, your surgery was a success.” She then asks you to turn on the lights. Disoriented, you look around the room but don’t see a light switch. But just as the thought crosses your mind, the lights go on. Smiling, she asks you to turn the lights back off. You think of it momentarily and miraculously, the lights go off. In the awkward dark silence, you hear a beaming voice congratulating you with the words “the brain implant has worked!”

I wrote these words nearly 20 years ago as part of the preface to my first book “Wired for Thought.”

Back then, it felt very much like science fiction. How could we possibly control things with our thoughts instead of our fingers? But it turns out to be very much real science. Our brains work using the same electrical currents that control our technology so there is no reason the two can’t communicate with one another, bypassing the traditional, boring, antiquated model of using our physical bodies.

It is mind control and brain computer interfaces, or what are known as BCIs or brain chips, are about to become big business.

As an eternal optimist who has dedicated my life to brain science and business, I am excited but also cautious about the advancement of implantable brain technology. The progress of brain chips have now advanced to the point where we must move from the “what if” stage to thinking through what it means to commercialize this technology, the potential, the pitfalls and everything in between.

While you may not know much about brain chips, they are already being used in limited clinical and medical settings to assist people with devastating injuries. 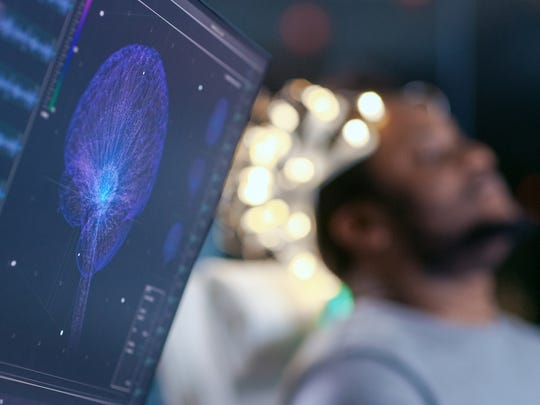 The brain-computer interface, or BCI, could be used to monitor attention in long distance drivers and pilots or to send simple commands to industrial or domestic robots and other devices. (Photo: gorodenkoff / Getty Images)

They’ve garnered a lot of national attention of late. In the last several years we’ve seen billions of dollars poured into this space, notably from Facebook’s acquisition of the neural interface startup CTRL-Labs and the launch of Neuralink by Elon Musk. Just last month, Neuralink live-streamed an event in which they demonstrated a pig’s neural activity being transmitted from an implanted device directly to a computer.

Not since Cyberkinetics closed its doors have we witnessed a commercial attempt at implanting brain devices.

The potential of cognitive science

I was first exposed to a cutting-edge BCI technology, known as BrainGate, in the late 1990s while studying for a Ph.D. at Brown University and have watched its steady progression ever since. BrainGate broke new ground in the field of cognitive science by linking neurons of the human brain directly to a computer, helping paralyzed individuals in clinical trials to control computers and communicate better.

I was so struck by its potential that I, along with a group of business partners, bought BrainGate, Inc. and its patents (then known as CyberKinetics) from a public company in 2008 to enable its further development for medical use. Today, BrainGate is the only technology that I am aware of with an FDA-approved investigational device exemption to conduct human trials that enable the translation of thoughts into controlled actions.

This is the exciting part – BrainGate’s technology is improving and starting to assist those with paralysis to communicate with loved ones and power robotic prosthetics using just their mind. Over the last decade, BrainGate has significantly enhanced its user interface and proven its efficacy. In fact, BrainGate’s patented technology underpins most, if not all, implantable brain technologies in development today.

I have come to understand the far-reaching power of neurotechnology and its potential for broader application across society. With advancements in machine learning happening at a rapid pace, we have already begun to see a world where the line between real and artificial intelligence is being blurred. But I have also come to understand a deeper potential threat.

Brain chips and the risk of misuse

While the seamless integration between mind and machine is beneficial in medical applications, there is also significant risk for misuse in other realms. Even well-intentioned advances in something like a brain chip can have dire consequences.

I generally believe that technology will do more good than harm. But that is dependent on an intelligent process for science, research, and development at a measured pace. While Facebook and Neuralink are just two examples among many, it is indicative that engineers and private enterprise are seemingly leading the charge on decisions around connecting humanity to machines.

The risk is that over-engineering this technology could lead us down a dangerous pathway. It seems pretty obvious that a more comprehensive, thoughtful approach must be established before it is commercialized for the masses. The end goal should be improving quality of life for those in need of support before financial gains.

It is for this reason that my partners and I have decided to donate BrainGate and its patented technology to Tufts University, ensuring its protection and stewardship. 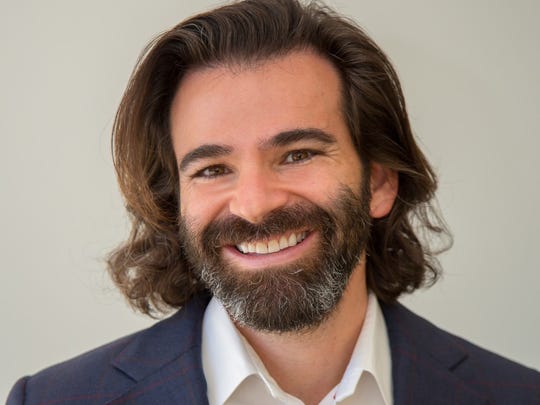 Jeff Stibel, photographed in 2018, is the former CEO of Web.com and vice chairman of Dun & Bradstreet, a partner of Bryant Stibel and an entrepreneur who also happens to be a brain scientist. (Photo: Jeff Stibel)

The donation is being announced this week, along with a new brain science consortium and dedicated faculty members to help lead BrainGate into the future. Given that BrainGate’s foundational technology is the basis of most, if not all, brain chips presently being developed – medical and commercial – Tufts will now control the decisions and rights to its use by other organizations.

Our goal is to create a global hub for cognitive and brain science at the university that can partner with private and public entities for responsible development of this transformative technology. To be clear, Tufts plans to work with the many institutions currently using BrainGate’s patented technology, but they will also begin evaluating how it should be developed and will have the ultimate say on how it can be used moving forward.

We did not take this decision lightly. We know this is a multi-billion-dollar market but each of us, as well as our families, supported the decision to do the right thing.

Tufts, for its part, has also agreed to put the right thing ahead of the greatest economic outcome. And we know that a university setting is the perfect place to debate the pros and cons and an ideal setting for decisions to unfold. In the end, we believe in this technology and expect that BrainGate will continue its march toward progress. But this donation has enabled a process to keep that march in check.

With this type of powerful technology, we need to balance the “can we” versus the “should we.”

The future of BrainGate

In addition to donating BrainGate, I have provided funds to create a consortium at Tufts University, endowing professorships and building a team of ethicists, philosophers, and scientists to contribute to BrainGate’s development.

History tells us that these types of inclusive consortiums are imperative to successful and responsible scientific advancement.

As an entrepreneur and technologist, I am excited about BrainGate’s advancement, but as a human being, I am not willing to let financial motivation for commercial application drive the process. As we move forward with cutting-edge neurotechnologies, we must do so prudently and pragmatically.

Jeff Stibel is an entrepreneur and investor who also happens to be a brain scientist. He is the bestselling author of “Breakpoint” and “Wired for Thought.” Follow him on Twitter at @stibel.

Elon Musk wants to link human brains with computers. The CEO of SpaceX and Tesla Motors is exploring just such a connection through another company he has launched, called Neuralink.