Here are five things to watch in Saturday’s local and regional games, according to SportsDay’s Chuck Carlton:

Can Texas Tech’s secondary find an answer for Texas quarterback Sam Ehlinger? The Tech defense was torched by Houston Baptist’s Bailey Zappe for 567 yards and four touchdowns two weeks ago. Meanwhile, Ehlinger threw for 426 yards and five touchdowns in little more than a half against UTEP.

What about Texas A&M’s young receivers? As everyone in maroon pretty well knows, the Aggies lost their top four players at the position from last season thanks to NFL decisions and injuries. Which receiver will step up against Vanderbilt and stake a claim by developing game chemistry with Kellen Mond? Youth is a factor. Of the 10 receivers listed on the depth chart, only junior Hezekiah Jones is not a freshman or sophomore.

How different will Baylor look under Dave Aranda? It looks like the fourth time will be the charm for the new Baylor coach against Kansas – after games against Ole Miss, Louisiana Tech and Houston all fell victim to the pandemic. Expect a change in Baylor’s offensive and defensive look under Aranda and his new coordinators from Matt Rhule the past three seasons. Aranda and Kansas coach Les Miles know each other well. Miles hired Aranda as LSU’s defensive coordinator in 2016.

Will TCU show any rust against Iowa State? Coach Gary Patterson didn’t view the late start as any kind of impediment, noting that Iowa State won’t have any film of a reworked offense and new quarterback Matthew Downing, who hasn’t played meaningful game snaps since 2017 at Alpharetta (Ga.) High School. Iowa State needs a strong showing after struggling in an opening loss to Louisiana-Lafayette.

Can Kansas State do it again? The Wildcats are nearly four-touchdown underdogs against No. 3 Oklahoma. Then again, they handed the Sooners their only Big 12 loss last season in a stunning upset – and one of the most entertaining games in the conference. This one may be a lot harder. K-State has been hard hit by COVID-19 and still has not fully recovered. 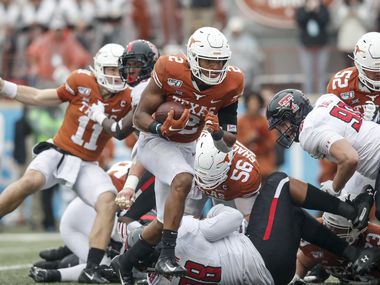