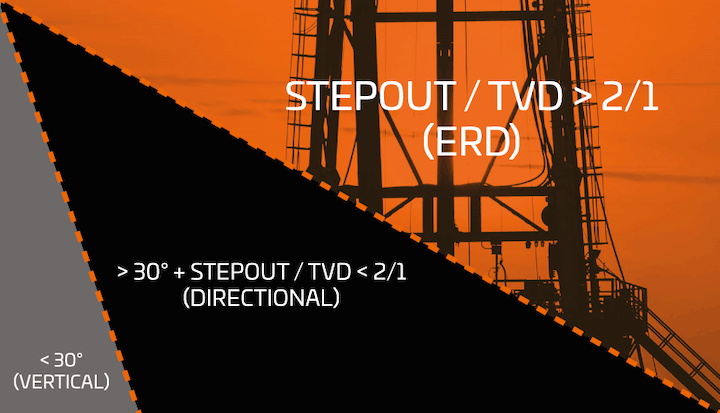 Definitions of extended reach drilling can vary, but in most cases ERD wells will have a step-out twice the true vertical depth.

Extended reach drilling (ERD) has evolved rapidly in recent decades to reach reserves further and faster. Technology such as rotary steerable systems, high-torque drill pipe connections and rotational, friction reduction tools have enabled this but cannot alone ensure success. When it comes to ERD, people can be the limiting factor. Both must work in unison.

Definitions of extended reach drilling vary. Most often it is described in terms of the position of the well, with ERD wells having a horizontal displacement (the step-out) twice the true vertical depth (TVD). No definition is perfect, however.

For a start, the step-out ratio is somewhat arbitrary. There is a spectrum between ERD and vertical drilling. Some directional drilling, which falls short of the former’s definition, poses similar challenges. Similarly, complex vertical wells may have sections at angles significantly over 30°—even if the eventual step-out is only a few hundred meters.

At the same time, drilling in the unconventional industry undoubtedly meets the definition of ERD but may not necessarily pose the same technical challenges due to smaller hole sizes being easier to keep clean (in general).

The definition has at least one virtue, however: it has proved flexible enough to accommodate the expanding boundaries of ERD. From BP’s Wytch Farm in the 1990s, which pioneered many of today’s techniques and ultimately drilled out to 10,731 m, to ExxonMobil at Sakhalin, responsible for nine out of 10 of the longest step-out ERD wells today including the current 14,129-m (46,355-ft) record, projects have continually pushed out the horizontal departure.

Overall, ERD approaches have become increasingly commonplace with the range of applications continually expanding over the decades, even ignoring the “unconventional” drillers. ERD is now used in a wide range of projects:

The reason for the limited use is that the challenges of ERD remain formidable—particularly as the step-out increases. For wells with a horizontal extent over about 1,800 m (5,905 ft), they grow significantly. There is a range of challenges around hole cleaning, wellbore stability and torque and drag. Much has been said of all of these, but two points are relevant here.

The first is that technological advancements have been critical to managing and overcoming these challenges to make ERD possible—certainly to achieve the lengths we have seen. The drivers of ERD vary, but technology is the enabler. Without some developments, ERD would not be possible. Higher specification drilling rigs, more advanced planning software algorithms combined with bespoke fluids are needed to ensure optimum cuttings transportation and the consistent development and application of new completion systems.

Technological developments are likely to continue to expand the possibilities. Crucially, they will not only increase the horizontal distances achievable, although innovations like the Reelwell Drilling Method will probably do so. Perhaps more importantly, they simplify ERD and reduce the risk. Drill pipe swivels, for example, help the string to reach target depth by rotating the drill pipe above the liner to reduce torque and drag. Developments continue to refine this to simplify and smooth the process. MechLok, a new mechanical drill pipe swivel, for example, eliminates potential conflicts between a hydraulic swivel’s operating pressure and that of the liner hanger—long an issue that has been a potential source of problems. 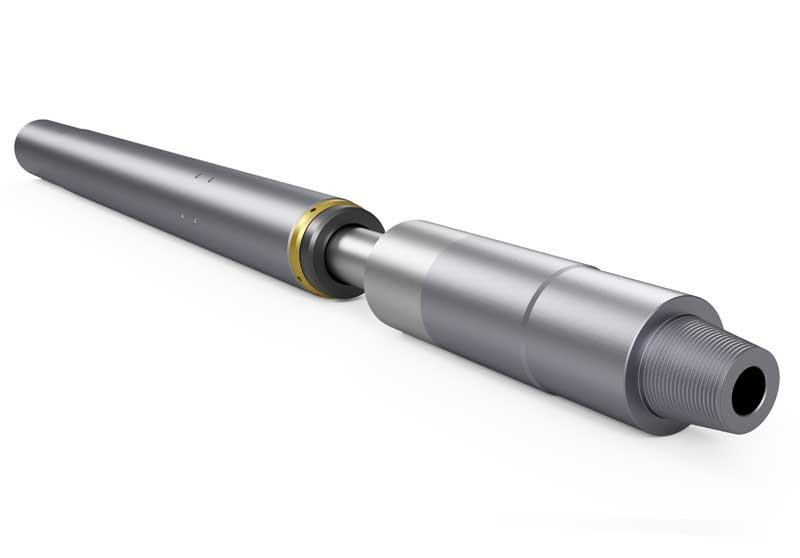 MechLok, a new mechanical drill pipe swivel, for example, is designed to eliminate potential conflicts between a hydraulic swivel’s operating pressure and that of the liner hanger.(Courtesy Deep Casing Tools)

Such innovations, large and small, help cut the cost and complexity of ERD, expanding its appeal as well as its reach.

There is a second point, however—that people still matter.

The technology has helped expand the possibilities in ERD. Still, it has not removed the complex issues concerning the choice of drilling fluid, drilling flow rates, drill strings, casing points, well trajectories and operational practices.

Planning remains the essential aspect of the extended reach drill—and among the most likely to be neglected. Success comes from engineering out risks and having contingency plans in place to manage those which cannot be eliminated. Moreover, the best engineering can come undone due to failures on the ground. It is essential, therefore, to explain the plan, operating procedure and differences between ERD and low angle wells to everyone in the operations team, from rig to head office.

More often than not, the first sign of trouble comes not with the drilling, but when trying to pull tools out of the hole. In the absence of detailed planning, training and proper procedures, operators can find the technology has accelerated their ability to drill themselves into a problem.

None of this is to diminish the benefits that technology has brought or will bring in future. Indeed, it is likely to make itself felt increasingly in all aspects of ERD. Big data and artificial intelligence, for example, will help inform and automate parts of both planning and the drilling process.

It will be some time yet before robotics replace the human touch, however. In the meantime, the success of ERD depends neither on just human experience nor innovative technology, but both. The central challenge for projects is to bring the two together effectively.