Atlanta and Georgia have much at stake in the integrity of the Centers for Disease Control and Prevention.

In the past several months, the integrity of the CDC has been under scrutiny with the disclosure that several of its positions and guidelines have been been subject to political interference.

Unfortunately, the Atlanta-based CDC is in an awkward position of having to balance its scientific reputation and protect itself from political influence out of Washington, D.C. 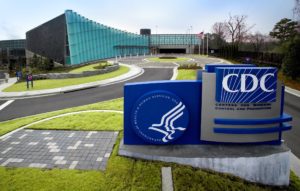 In conversations over the weekend with several leading public health experts and business leaders, there was universal agreement that science must outweigh the politics for the long-term health of our nation and the globe.

“This administration has injected politics into public health far more than any other administration that I’ve experienced in 20 years,” said Phil Jacobs, a retired BellSouth executive who is a former chair of the CDC Foundation. “We don’t need to have the credibility of what used to be the most respected government agency in the country become tainted by politics.”

Jacobs said he would love to see the business and medical community “rally together to keep science in the lead at the CDC” instead of it becoming “tainted” with politics.

And it’s especially important in Atlanta – a city that’s considered to be the center for global health, largely because of the presence of the CDC.

“Atlanta should care. The CDC is the anchor that helps Atlanta maintain its position as one of the leading public health cities in the world,” Jacobs said. “The fortunes of the CDC have a lot to do with the fortunes of Atlanta.”

In agreement is David Ratcliffe, retired CEO of the Southern Co. former CDC Foundation board member, co-chair of the Corporate Friends of the CDC and chair of the Georgia Research Alliance.

“Atlanta and Georgia’s desire should be to make sure the CDC maintains its credibility and reputation as the world’s public health expert,” Ratcliffe said. “The economic value of the CDC to the city of Atlanta and the state of Georgia is huge. It’s a $6 billion to $7 billion agency a year with 9,000 employees who are well educated college graduates who are well paid. The spend annually in the state is in the hundreds of millions of dollars.”

Mark Rosenberg, retired CEO of the Task Force for Global Health who worked at the CDC for 20 years, feels especially bad for the rank-and-file scientists working at the CDC. 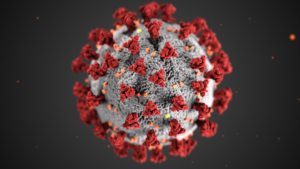 A depiction of the Coronavirus (Special: CDC)

“The people at the CDC are incredibly dedicated during this COVID pandemic,” Rosenberg said. “Many are working 14- to 16-hour days trying to find out what’s the cause and how to prevent and treat the disease.”

Everyone interviewed talked about how the CDC’s staff is demoralized and how its pubic role to share scientific data has been overshadowed.

“The leadership at the CDC has been disappointing. It’s the leader’s job to defend the CDC’s people and to defend its science,” Rosenberg said. “The CDC needs to be empowered to inform the public of its findings.”

Dr. Carlos del Rio, chair of the Emory University’s Department of Global Health at the Rollins School of Public Health, said public health has always been political, but it should not be partisan.

“It should always be driven by science,” Dr. del Rio said.” We have to make sure that science rules at the end of the day.”

He also sympathized with Dr. Robert Redfield, the director of the CDC for the position he’s in.

“I personally know Dr. Redfield. I feel for him,” Dr. del Rio said. “This is not what he signed up for.”

As he sees it, the CDC has been largely sidelined during the pandemic.It didn’t help that there were some mistakes made early on – especially with the COVID tests. But trial and error come with the territory ­– especially when there’s a novel virus impacting our public health.

“I’m worried COVID is really damaging the agency,” Dr. del Rio said. “Not having CDC at the helm is equivalent to going to war without your top generals. We need to have the CDC leading the response front and center.”

In a statement, Judy Monroe, president and CEO of the CDC Foundation, spoke of the CDC’s important work protecting people nationally and globally.

“As Georgians and Americans, we must guard and protect the investment that has been made in the men and women of CDC, their knowledge and expertise, and in the infrastructure, that’s been put in place here in Atlanta,” Monroe stated. “To do anything less would endanger America and people across the globe who depend on CDC.” 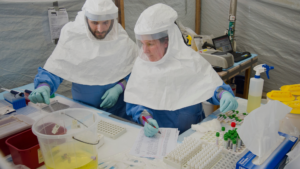 Dr. James “Jim’ Curran, dean of Emory University’s Rollins School of Public Health, said people in the United States tend to distrust government, but they have had trust in the CDC. But that credibility may be in jeopardy.

“I’m appalled by what’s happening,” Dr. Curran said. “I’ve never seen an administration that’s been this negative against the CDC or science. When you falsify the science and the facts, you really do harm the country.”

“There have been periods of political interference at the CDC, but it’s never been this politicized,” Rosenberg said. “If people lose faith in the institution, we will be in even a worse position to stop the next virus. The CDC’s reputation has already been damaged, and it’s a reputation that took 75 years to build.”

Business and civic leaders in Atlanta, Georgia and the rest of the country need to do all they can to make sure the scientific integrity of the CDC is restored. Atlanta’s role as a center for global health will depend on our unwavering support for the scientific work being done by the agency.