Microsoft dropped a gaming bombshell Monday when it announced a $7.5 billion cash deal to acquire ZeniMax Media, parent company of a large number of video game development studios across the world.

To put that in perspective, that’s almost as much as Disney paid for both Marvel and LucasFilm combined.

ZeniMax is commonly known for its subsidiary, Bethesda. The deal encompasses all of Bethesda’s studios and properties, which includes The Elder Scrolls, Fallout, Wolfenstein, Dishonored and the upcoming Starfield.

This gives Microsoft a big game development footprint in Dallas-Fort Worth. The deal includes legendary D-FW developer of Doom and Quake, id Software, which is based in Richardson. Alongside id, Bethesda Game Studios has an office in Dallas at the home of what was formerly Escalation Studios. If you zoom out and look at Texas as a whole, you’ll also find Arkane Studios in Austin. 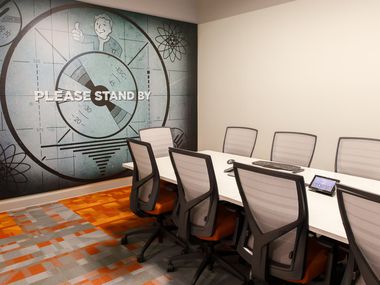 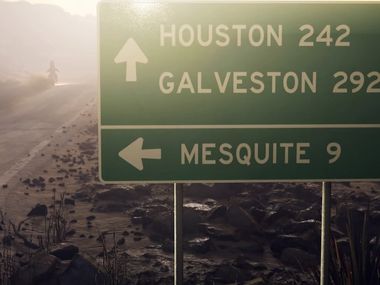 There’s also QuakeCon, the annual PC-focused gaming event/party that brings thousands of players to the Dallas area from across the world. There’s no immediate word from Microsoft or Bethesda about the future of the event. But considering that it’s quite different from anything else Microsoft runs, there is reason to suspect that it will continue with business as usual in 2021.

Phil Spencer, head of Xbox, said in a blog post, “Like us, Bethesda are passionate believers in building a diverse array of creative experiences, in exploring new game franchises, and in telling stories in bold ways. All of their great work will of course continue and grow and we look forward to empowering them with the resources and support of Microsoft to scale their creative visions to more players in new ways for you.”

Bethesda’s Todd Howard said the companies share “a deep belief in the fundamental power of games, in their ability to connect, empower, and bring joy.”

“And a belief we should bring that to everyone — regardless of who you are, where you live, or what you play on. Regardless of the screen size, the controller, or your ability to even use one,” Howard said. “We can’t think of a better group of people to do that with than those at Xbox.”

Microsoft is announcing this deal less than two months before the release of its next line of video game consoles, the Xbox Series X and Series S. The acquisition allows Microsoft to include Bethesda’s sizable library of hit video games in its Netflix-like subscription service, Xbox Game Pass, increasing the value proposition for consumers ahead of the next generation of gaming.

It also potentially sets the stage for more blockbuster releases to appear exclusively on the Xbox and not on Sony’s competing hardware, the PlayStation 5.

There are wrinkles to consider here, though, including the fact that Sony has already locked in a timed exclusive deal for Bethesda’s Deathloop, which is expected to hit the PS5 in June 2021. Microsoft also has a recent history of sharing its titles with other platforms, with Minecraft being the most prominent example. Despite being owned by Microsoft, Minecraft titles have continued to exist on Sony and Nintendo’s hardware.