In Part 1, we looked at how industrial-scale distributed generating plants (typically hundreds of kilowatts to tens of megawatts), powered by renewable energy, are playing an important role in creating a new generation of more resilient, more sustainable power grids. We also saw that, regardless whether they make power from the sun’s distant rays or a nearby city’s sewage sludge, they’re still subject to the same technical requirements for regulating, conditioning, and distributing their output through the power grid as their larger fossil-fueled counterparts. 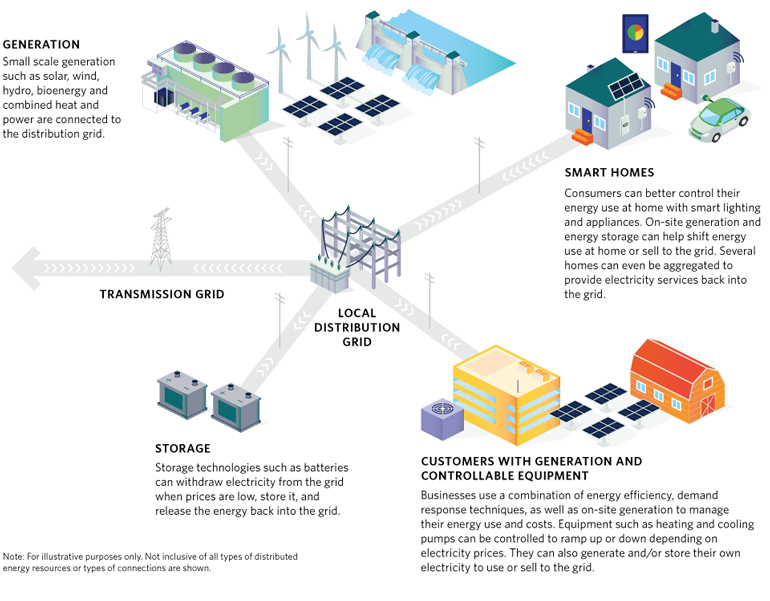 Here, we’ll take a closer look at how the equipment used in distributed generation systems must evolve to meet the industry’s changing requirements. While still undergoing some growing pains, distributed generation technologies are technically mature and well-defined enough whereby major utility operators, such as the Sacramento Municipal Utility District (SMUD) and CPS Energy, have developed extensive standards that define the design, installation, and operation of the industrial-scale power production equipment used in their grid.1,2 These standards and recent advances in power-management technology will shape the design of next-generation distributed generation systems. 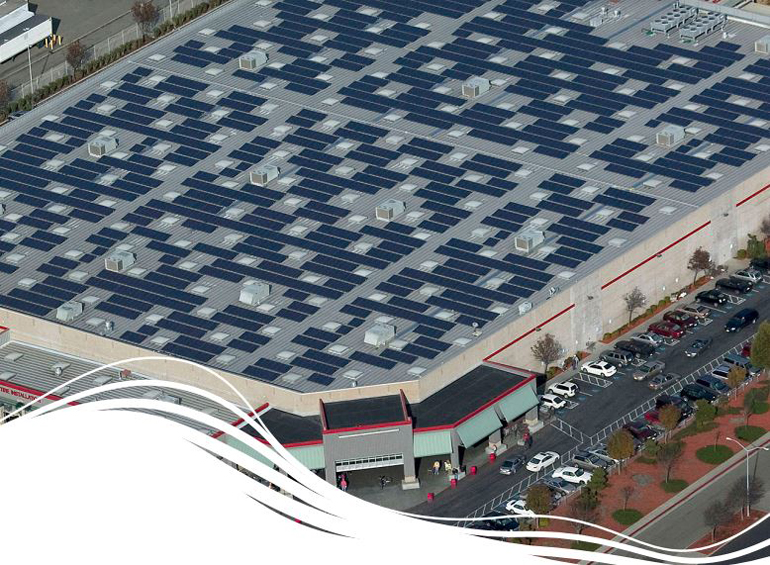 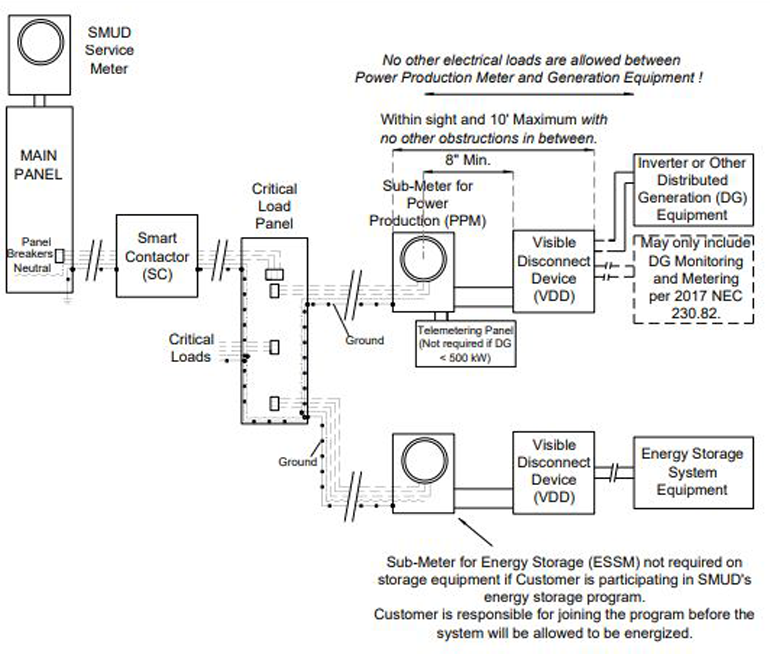 Many utility operators are enabling the growth of distributed generation within their grids by providing clear guidance on the design, installation, and operation of equipment used by third-party power providers. (Source: Sacramento Municipal Utility District (SMUD))

Electronic Design invited representatives from several leading electronics manufacturers to weigh in on those changing requirements, as well as the emerging semiconductor technologies that will enable the creation of power-conversion equipment that’s more efficient, reliable, and affordable.

Electronic Design (ED): What are the operational challenges that distributed energy systems/plants face, and how do they drive the design requirements for their equipment?

“A distributed energy-generation system consists of a series of tightly interlinked elements that must work in concert to achieve a stable supply in a given service area. In this case, we are concerned with self-sustaining agricultural and manufacturing sites that can use industrial-scale wind farms, solar arrays, or locally produced biogas to produce multiple megawatts worth of electricity that can be used locally, with the surplus sold to the local power grid. 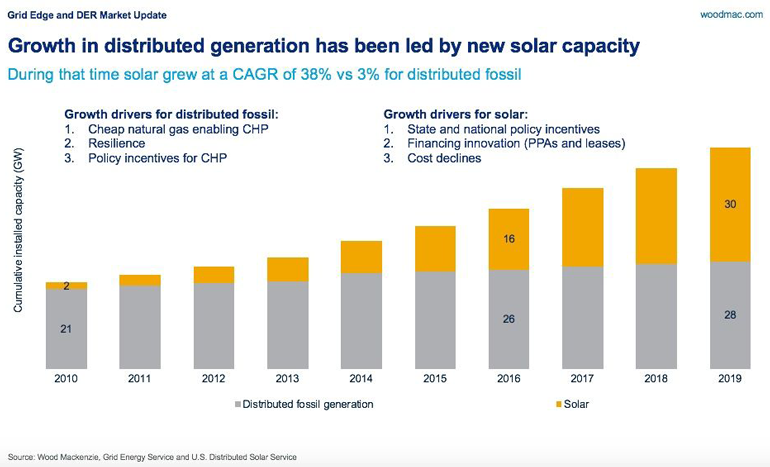 “A growing number of distributed generating plants also have some sort of storage system. For traditional renewables, the falling cost of batteries is making it increasingly cost-effective to use storage systems with multi-MWh capacities to buffer the highly variable output of wind and solar farms. In biogas-powered plants, excess gas can be stored in tanks for use during peak load times or possibly be used as fuel in gas-powered vehicles.

“At this scale, balancing energy generation, consumption, and storage is the major task. It becomes highly desirable to have the means to interlink these systems and achieve maximum efficiency. This requires power electronic interfaces that coordinate each plant’s energy flow so that they give priority to fluctuating sources like wind and solar power. This can be achieved through predictive decisions, calculated by integrating the weather forecasts into the energy-generation planning, potentially making AI and cloud-based backbones part of the system.

“While this coordination is standard practice at utility-scale generating facilities, it becomes more challenging as the number of small, distributed generating resources on the power grid grows. Balancing energy generation, consumption, and storage is the major task, one that’s necessary to maintain grid stability, which can manifest as large variations in supply voltage or frequency and, in the worst case, blackouts.

“Unless they are properly coordinated, combining a small fuel-based power plant, like a biogas-powered turbine, with wind power or solar could lead to temporarily excesses of energy at certain times while suffering shortages at others. Energy storage can solve this issue as it comes down in cost and the systems that manage it become more ‘grid-friendly.’”

How does the emergence of the smart grid and the IoT affect the functionality and design of distributed generation equipment?

“These and other trends will require distributed generating systems to move power to where it’s needed, i.e. from/to power grid, from/to homes/businesses, or from/to electric vehicles, intelligently and with unprecedented levels of efficiency.”

“In a smart grid, a multitude of decentralized energy generation, consumption, and storage entities must be interlinked seamlessly to achieve maximum utilization of green energy. In such a world, we might see a massively decentralized smart grid, consisting of a large number of windmills, each producing 3-6 MW, an even larger number of solar arrays, each ranging from a few kilowatts to several megawatts, backed up by very few fossil-fueled plants to take up the slack. It’s likely that at least some of the grid’s storage will be in the form of millions of mobile batteries, formerly called passenger cars.

“In this not-so-distant scenario, every distributed generating node will need to be aware of the grid’s instantaneous energy consumption, and be able to implement superordinate controls that can make decisions based on big data.”

What kinds of opportunities exist for significant improvements in the efficiency, reliability, or cost-effectiveness of the equipment used in distributed generation systems?

“Between the two points of power generation and power usage, there are many conversion ‘pit stops’ where a substantial percentage of power is lost to inefficiencies. The U.S. Energy Information Administration estimates that 5% of the 4.2 trillion kWh generated across the United States in 2019 were lost; this 210 billion kWh is enough to power more than 19,000 American homes for an entire year. Next-gen equipment that takes advantage of new semiconductors and other technologies will be able to turn a significant portion of those losses into usable energy. With the arrival of more efficient power semiconductor components, such as silicon-carbide (SiC) power MOSFETs and Schottky diodes, we are in a position to preserve more.”

“As Kevin points out, there are tremendous opportunities to improve efficiencies throughout the distributed generation chain. Take, for instance, a small (10 MW) solar farm, where the arrays’ output is fed through a series of power-conversion devices before being fed to the grid or shunted to a bidirectional converter in the energy-storage unit. If each element in the system has 98% efficiency, 10% of its output (1 MW) will be lost. These losses can be dramatically reduced using power devices fabricated in silicon-carbide (SiC), gallium-nitride (GaN), or other wide-bandgap (WBG) semiconductor materials, which have dramatically lower internal resistance and faster switching characteristics.”

“In addition to being efficient, equipment destined for the residential and C&I segments must be low cost and lightweight. Efficiency and low cost are well understood. The need for light weight addresses the installation process, which can be a high cost input to the total affordability equation.”

How will SiC, GaN, and other advanced semiconductors help the next generation of distributed generation systems meet the cost and efficiency requirements you described?

“Renewable-energy systems can make excellent use of the same advantages that GaN devices have already given our customers in other applications. By replacing silicon with GaN, power-conversion and storage systems can have significantly higher efficiencies (up to 50% less power loss) at both low- and high-power outputs. Lower losses also mean reduced thermal loads, which enable more compact designs that offer up to 20% higher power density for lower weight and BOM costs that translate into up to 10% lower system cost.

“In addition, we expect that some of the new bidirectional power flow architectures made possible by GaN technologies will enable breakthroughs in the design of the power-conversion equipment used in utility-scale storage systems.”

Can you give ED’s readers a concrete example of how the rise of distributed generation and the emergence of WBG semiconductors will change the way we use energy, and the way we design the equipment that produces it?

Distributed generation is here to stay. Investments in distributed energy resources (DERs) are increasing across the world due to rising electricity demand and declining project and technology costs. The renewables industry is starting to recognize power electronic technologies’ role in helping reduce carbon emissions and waste less electric power. In these applications, WBG devices, such as GaN Systems’ 600V E-HEMPT transistors, will enable greater efficiencies and lower costs for energy-storage systems’ ac-dc and dc-dc power converters. In doing so, they’re improving the economics and market acceptance of distributed energy systems.

“For power conversion and distribution at 600 V and up with power ratings from multi-kilowatt to megawatt, SiC power devices such as Microchip’s SiC power MOSFETs and Schottky barrier diodes offer unprecedented efficiency metrics, slashing switching losses by as much as 90% while also enabling the size of power-conversion equipment to be reduced to a quarter of its original size. And, thanks to its resistance to high temperatures, SiC helps designers create equipment that lasts longer while requiring fewer, smaller heat sinks, fans, and other thermal management elements.

“Today, SiC power semiconductor products look much like the incumbent silicon solutions, being offered in lower-power discrete packages as well as multichip power modules. Driving these disruptive SiC components is also made easy with a growing number of off-the-shelf drivers.”

“WBG semiconductors have only begun to address distributed generation applications, but the effect they will have can be clearly seen on the other side of the grid, where they are already making a big difference. One excellent example is EV charging parks, which typically consist of six to eight 350-kW chargers. On a typical day, such a park might operate at the equivalent of near-full capacity for five hours per day, delivering a total daily output of roughly five million kWh (5 GWh). At these power levels, for each percent of added efficiency, the system’s equipment is worth 50 MWh worth of ‘free’ energy each day (over 15 GWh every year) that would have otherwise been lost. 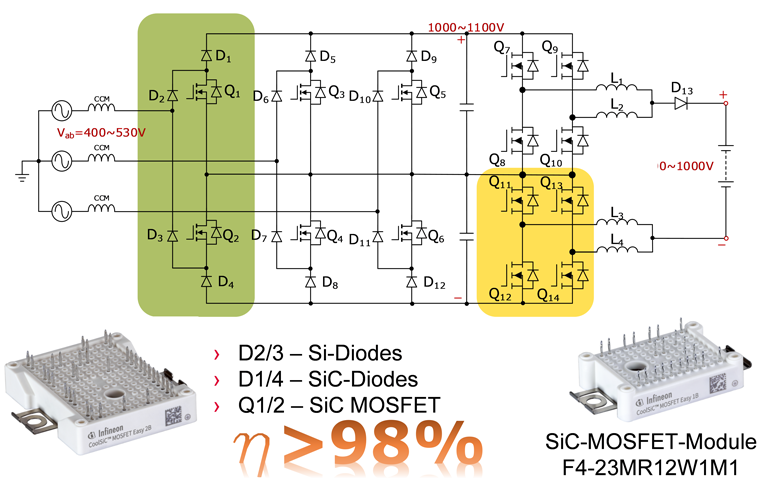 Schematic of a non-isolated 60-kW power section based on SiC MOSFETs. Overall efficiency exceeds 98%. Isolation from the grid happens in the medium-voltage transformer powering the setup. (Source: Infineon)

“In these types of applications, advanced semiconductors, such as those used in Infineon’s CoolSiC power modules, can enable higher efficiencies as well as reduced cooling requirements, which translate to lighter, more compact designs that deliver significantly higher performance. One possible approach to setting up a 350-kW charger is paralleling of six individual units of 60 kW each.”

The case described can be seen as an example for any kind of battery charging, though a slightly different approach is needed if grid services and bidirectional operation are targeted.

While the high-power domain (above tens of kilowatts) is served by IGBTs and SiC-based MOSFETs, semiconductors made from GaN play an important role in switch-mode power supplies for applications operated from the grid at

The American Biogas Council offers a library of whitepapers on various aspects of biogas production, commercialization, and regulation, as well as several valuable guides to vendors and a clearinghouse for completed biogas-related research projects. Visit https://americanbiogascouncil.org/resources/