Nvidia last week announced they are buying Arm for US$40 billion — to be met through a combination of Nvidia shares and cash. This will result in some exciting changes.

It is interesting to realize that had Steve Jobs lived; it likely would have been Apple attempting to buy Arm rather than Nvidia. Steve and Tim Cook were on the same page when it comes to vertical integration, but where Tim would look at the regulatory problems and not do this deal, Jobs would have been full steam ahead and likely gotten it done.

Had Apple done this, they would have effectively locked out (over time) most of their competitors either from critical aspects of Arm, or Arm entirely. But that didn’t happen. Nvidia bought Arm, and this acquisition may put Apple at higher risk. This puts Nvidia at the heart of an industry pivot toward licensing, which will be a significant game changer.

Let’s talk about that this week, and we’ll close with my product of the week — a new business class notebook from HP, the EliteBook 840 G7.

On the face of it, buying Arm would have been ideal for Apple. They have hundreds of billions of dollars in reserves outside of the U.S. that they can’t repatriate without taking a huge tax hit, so using that money to buy Arm should have been relatively easy to justify financially. The issue would have been regulatory because of Apple using a vertically integrated lock-in model, which would have put all the Arm licensees at risk.

But like Oracle did to get through their hostile acquisition of Peoplesoft, Apple could have also made promises and then reneged on them over time, gradually, to avoid political backlash. At the end of the process, Apple would have either owned Arm and locked out everyone else, or given themselves a competitive advantage that no other vendor could match.

Nvidia has no special relationship with Apple and has the resources to hold off a hostile takeover or attack by the company. So Apple lost what may have been their only opportunity to own or control the Arm ecosystem. I think this, more than anything else recently, showcases the difference between Tim Cook and Steve Jobs: Cook seems to avoid high-risk decisions that Steve Jobs fully embraced.

Now Nvidia doesn’t hate Apple either, but the company is run by one of the more powerful founder CEOs and is far less likely to be intimidated by Apple than Arm likely was. So, with this acquisition, any competitive advantage Apple’s aggressive licensing efforts might have had will be reduced, if not eliminated.

This merger makes Nvidia and Qualcomm partners and creates the potential for blended solutions that Apple may not get access to due to their historic poor treatment of Qualcomm. Finally, due to this merger, Apple’s ability to further vertically integrate with Arm stops at Nvidia.

Other chip companies are coming to market that have compelling offerings and could be acquisition targets, like SiFive. Still, Apple is shifting to Arm, and that suggests another processor shift within a decade, while possible, is unlikely. Though Apple might consider buying a company like SiFive as a long-term strategy to integrate vertically. However, with the Arm migration underway, that opportunity will likely appear too far off to be reasonable; and Tim Cook is more of a tactical than a strategic manager.

With Nvidia buying Arm and promising to convert to more of a licensing model itself, while leaving Arm mostly alone, they follow a merger best practice. There are concerns that Nvidia will try to force Arm to abandon its current licensing strategy and shift to Nvidia’s CUDA model, which is far more restrictive. But given that would create massive problems for Arm — and Arm licensees — forcing them to look to alternative technologies, I think that outcome is improbable. However, Nvidia, based on the comments made at the announcement, is likely to shift to Arm’s licensing model over time and become more similar to Qualcomm as a result.

As noted above, since Qualcomm would automatically become a partner due to their licensing relationship with Arm, this also could result in an exciting partnership between the two firms. The two companies don’t compete broadly and they have a shared interest in the AI/Automotive space. With Nvidia stronger on training, and Qualcomm’s strength in inference, combined they could represent a more powerful end-to-end opportunity than either could accomplish alone. While I think this outcome unlikely, it is far less unlikely now than it was before the merger.

With Arm, Nvidia also becomes more of a peer to AMD, Intel, and Qualcomm as a core technology provider. This merger will open up opportunities for the company to create new, innovative, and compelling products across the technology ecosystem.

PCs and smartphones are due for significant technology changes — with products like the various flip phones and the Microsoft Surface Duo exploring what that future might bring. While much of the merger discussion was on AI, AI moves into end-user offerings, and Nvidia’s CEO is a strategic thinker. This strategic focus suggests that we could be just a few months or years away from a significant personal technology pivot to far smarter PCs and smartphones.

The Nvidia + Arm merger is a significant event. I raise Nvidia as a peer to AMD, Intel, and Qualcomm; and this opens the door to a deep Qualcomm partnership. It provides an opportunity for Nvidia to pivot in market both to licensing and to new personal technology products.

In the end, assuming Nvidia executes well (and their stated plan follows best practice), the result should be a vastly more powerful Nvidia; and an equally profound change to the future of everything — from personal technology offerings like the smartphone, to increasingly intelligent supercomputers.

The only question now is whether they can get China’s blessing to get this merger done.

Each of the major vendors in the PC space has unique advantages; and with HP it’s a combination of strong security and industrial design.

HP recently released the EliteBook 830 and 840, and they sent me an HP EliteBook 840 G7
to review because, with the pandemic work at home stuff, I believe people will want a larger screen rather than more portability. After all, frankly, many if not most of us are stuck at home for the next year or so.

Year over year, HP has shrunk both the 13-and- 14-inch offerings, with the 13-inch being 11.5% smaller; and the 14-inch is 9% smaller than the old G6. HP also tapered the edges, making the laptop more comfortable to open and appear slimmer than it once did. This reduction resulted from a significantly smaller screen bezel going from a 76% screen-to-body ratio to an 85% screen-to-body ratio. (I expect 100% will be reached by the end of this decade, assuming laptops are still a thing then.)

This isn’t the lightest notebook in its class, though it is within 5% of the lightest. Since users tend not to notice weight differences under 20%, and because the finish is generally more durable than other lighter designs, its advantages overcome its slight weight disadvantage. For instance, unlike many notebooks, you can wipe this notebook with various sanitized wipes without damaging its finish. It is interesting to note that HP has updated their testing post-pandemic and now tests with 70% alcohol wipes, crayons, ink, and lipstick — because kids can do ugly things to their parents’ laptops.

While most people who are replacing a laptop that is at least four years old will see a huge performance increase, it is interesting to note that this unit outperforms its predecessor by up to 21%, depending on task. So you’ll notice it is far snappier than whatever you are replacing. Benchmarking has changed focus due to the pandemic, and on the video conferencing benchmark, it is up 14% over the prior similar offering. 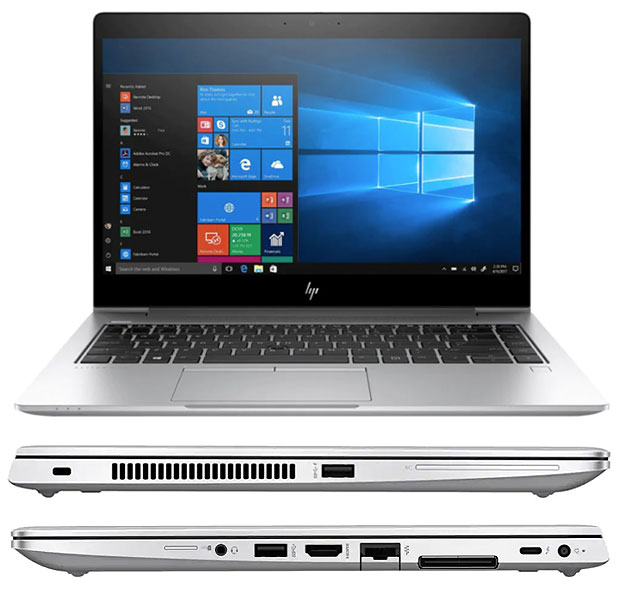 On overall battery life, everyone still mainly uses video playback as the measure, and this laptop gets up to 18 hours, which is four hours more than its predecessor. That is likely helpful for those us taking long car trips while staying off of planes.

Other changes version over version include quieter keys — which is helpful so folks don’t hear you type when you are video conferencing. The power button is easy to find when compared to most convertibles that hide the power button on the side. Also, this new system has a customizable key for quick launches and an improved keyboard layout that results in a significant drop in user typing errors (apparently HP tested this).

Capping out the version improvements are a better camera with a broader field of view for those Zoom and Microsoft Teams calls; and there is better placement for the Bang & Olufsen speakers, which enhances the listening experience for music and video. The low end is particularly impressive for a laptop.

Oh, and HP has made a significant advance in packaging sustainability with this product. I was able to recycle almost everything except a few little plastic wrappers; and they used 50% recycled plastics for some of the laptop’s components. The keyboard caps, for instance, were made partially from recycled DVDs.

The HP EliteBook 840 G7 (and the 830) represents the new state of the art concerning business-focused laptops, and it is my product of the week.

The opinions expressed in this article are those of the author and do not necessarily reflect the views of ECT News Network.

Rob Enderle has been an ECT News Network columnist since 2003. His areas of interest include AI, autonomous driving, drones, personal technology, emerging technology, regulation, litigation, M&E, and technology in politics. He has an MBA in human resources, marketing and computer science. He is also a certified management accountant. Enderle currently is president and principal analyst of the
Enderle Group, a consultancy that serves the technology industry. He formerly served as a senior research fellow at Giga Information Group and Forrester.
Email Rob.