“Our role is to understand the ground support infrastructure required to make it happen,” XArc CEO Sam Ximenes said. “What are the ground facilities and cargo standardizations so that it is seamlessly integrated into the (military’s) current logistics system.” 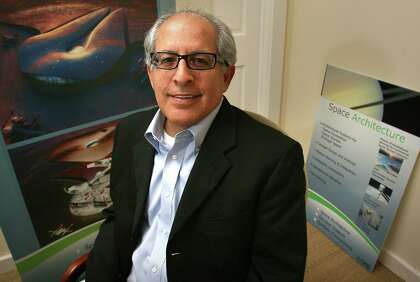 His company is teaming with Houston engineering firm KBR to evaluate three types of rocket landing areas: rugged sites with no infrastructure, remote sites with limited support and mature sites that have established capabilities.

The nine-person team is considering the logistics, including fuel and cargo requirements, needed to support spacecraft around the world, Ximenes said.

“Think about moving the equivalent of a C-17 payload (170,900 pounds) anywhere on the globe in less than an hour,” Army Gen. Stephen R. Lyons, head of U.S. Transportation Command, said in a statement. “Think about that speed associated with the movement of transportation of cargo and people.”

The companies could begin testing ground-support concepts as early as 2021.

Founded in 2007, XArc specializes in space architecture and engineering, and it consults on designs for “spaceports, space stations, planetary surface systems and terrestrial space-related facilities,” the company website states.

“For the past 75 years or so, we have been constrained to around 40,000 feet altitude and 600 miles per hour in our very fastest method of logistics delivery — airlift,” said Navy Vice Adm. Dee Mewbourne, deputy commander of U.S. Transportation Command. 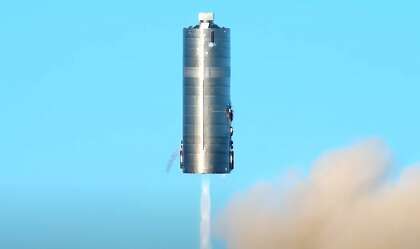 Rockets traveling through space could speed cargo delivery by 10 times.

“It’s time to learn how our current strategies to project and sustain forces can evolve with a new mode of transportation,” he said.

In addition to speed, commercial space lift “eliminates en-route stops or air refueling,” officials said in a statement. “This capability has the potential to be one of the greatest revolutions in transportation since the airplane.”

The no-cost agreement allows U.S. Transportation Command and the companies to exchange research and technology as they study the use of commercial space launches to move cargo around the globe. What the contractors glean from the project could help them secure future space-cargo contracts.

SpaceX currently is building and testing its Starship, which is 400 feet tall and 30 feet wide, in Boca Chica, near Port Isabel and South Padre Island.

SpaceX has launched Starship from Boca Chica on short hops to 500 feet. It’s expected to launch to 60,000 feet in the next few weeks. However, SpaceX has not announced the date.

“I had no sense for how fast SpaceX was moving, but I’ve received their update, and I can tell you they are moving very rapidly in this area,” Lyons said.