“For more than a decade, we’ve been building products to help people transform the way they work,” Google wrote in a blog post on Google Cloud. “Now, work itself is transforming in unprecedented ways. For many of us, work is no longer a physical place we go to, and interactions that used to take place in person are being rapidly digitized. Office workers no longer have impromptu discussions at the coffee machine or while walking to meetings together, and instead have turned their homes into workspaces. Frontline workers, from builders on a construction site to delivery specialists keeping critical supply chains moving, are turning to their phones to help get their jobs done. While doctors treating patients and local government agencies engaging with their communities are accelerating how they can use technology to deliver their services.”

The company explained that its new Google

Oct. 6 (UPI) — In a paper published Tuesday in the journal Nature Communications, scientists argue that rivalries among animal neighbors could drive cognitive evolution, encouraging the development of ‘Napoleonic’ intelligence.

To date, the study of cognitive evolution among animals has focused on antagonistic and co-operative social interactions within groups — the kinds of interactions thought to demand the development of so-called Machiavellian intelligence.

“Machiavellian intelligence is the House of Cards-style cunning that has evolved to get ahead in social politics within groups,” senior Andy Radford, professor of behavioral ecology at the University of Bristol in Britain, told UPI in an email.

Machiavellian intelligence and the related cognitive processes help animals compete and cooperate with their intergroup peers and relatives.

“We argue that animals also need ‘Napoleonic’ intelligence, the more Game of Thrones-style sharpness necessary to triumph in a world packed with rival outsiders,” Radford said.

High blood pressure: some people take medication to control it while others commit to low salt diets, exercise or yoga to reduce stress. Blood pressure is a primary vital sign, yet, remarkably, just how the body maintains it is still a mystery.

“We’ve been studying high blood pressure for 100 years and we still have the same ideas,” says Daniel Beard, Ph.D., the Carl J. Wiggers Collegiate Professor of Cardiovascular Physiology. In a new paper in JCI Insight, Beard, Feng Gu, Ph.D., from the department of molecular and integrative physiology, and their team describe a newly observed phenomenon in the way blood pressure is maintained in certain rats.

Their discovery comes on the heels of an inquiry into the linkage between stiffened arteries and high blood pressure, known clinically as hypertension. “What happens when you are hypertensive is your arteries get stiffer. But this is thought to be an

Get a Sample Copy of the Report –http://www.industryresearch.co/enquiry/request-sample/13972583

The Companion Animal Anti-infectives market report offers a complete assessment of the industry. The projections included in the report have been determined utilizing demonstrated research philosophies and presumptions.

TO UNDERSTAND HOW COVID-19 IMPACT IS COVERED IN THIS REPORT 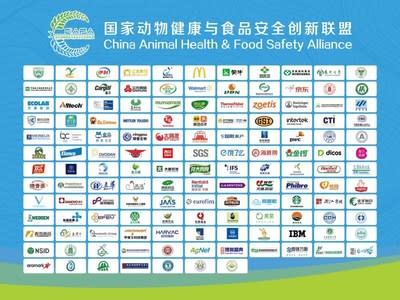 SHANGHAI, Sept. 18, 2020 /PRNewswire/ — As the world’s leading enterprise friendly blockchain platform, VeChain has officially joined the China Animal Health And Food Safety Alliance (hereafter referred as CAFA) as one of the council members. VeChain will be the sole public blockchain technology provider in the alliance, providing technical and infrastructural support for the council members.

CAFA is a government-backed organization directly under the Chinese National Agricultural Science Technology Innovation Alliance initiated by the Ministry of Agriculture of the People’s Republic of China, which aims to build a trustworthy platform that connects the government, industry associations, producer enterprises and research institutes in the food sector.

Since its launch, CAFA has revealed more than 130 members that are already signed up as official members of the alliance. These members consist of massive companies and bodies across upstream and downstream parties in the food industry, including supermarkets,