A hormone that influences when and how frequently animals eat also appears to affect memory, USC scientists have found.

The study was published in the journal Current Biology on Sept. 17.

Animals and humans have the hormone ghrelin in their stomachs. Ghrelin tells animals, as well as humans, when they are hungry and helps regulate their metabolism, but scientists have never been certain how exactly it works.

To learn more about how ghrelin influences hunger, metabolism and memory, researchers at the USC Dornsife College of Letters, Arts and Sciences collaborated with international scientists on a study on rats.

They disrupted the ability of the ghrelin hormone to communicate to the vagus nerve, a nerve that signals from the gut to the brain, and then monitored the impact on their feeding and cognitive behaviors.

The rats were not anxious, but they began eating more frequently, said the study’s lead and corresponding 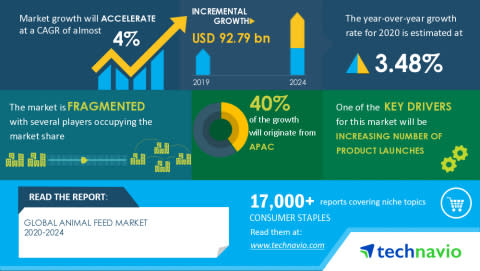 The global animals feed market size is poised to grow by USD 92.79 billion during 2020-2024, progressing at a CAGR of almost 4% throughout the forecast period, according to the latest report by Technavio. The report offers an up-to-date analysis regarding the current market scenario, latest trends and drivers, and the overall market environment. The report also provides the market impact and new opportunities created due to the COVID-19 pandemic. Download a Free Sample of REPORT with COVID-19 Crisis and Recovery Analysis. 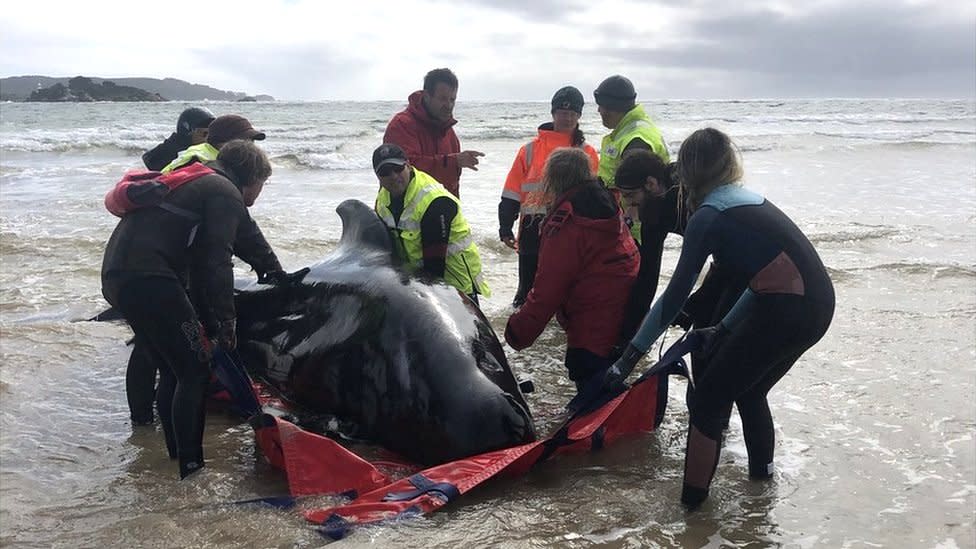 A total of 108 surviving pilot whales have been released back into the sea after a mass stranding in Australia, marine experts say.

But about 350 whales died in what is Australia’s worst stranding on record.

Now attention has turned to disposal of the carcasses, with 15 buried at sea on Friday in a trial to test the success of that method.

A statement released by the Tasmanian government on Saturday confirmed that 108 long-finned pilot whales which had survived the stranding had been released outside the heads at Macquarie Harbour.

“We only had one whale restrand overnight, which is a good result given 20 whales were released yesterday,” Dr Carlyon said.

A new study published today in the journal Current Biology suggests that star-shaped brain cells known as astrocytes could be as important to the regulation of sleep as neurons, the brain’s nerve cells.

Led by researchers at Washington State University’s Elson S. Floyd College of Medicine, the study builds new momentum toward ultimately solving the mystery of why we sleep and how sleep works in the brain. The discovery may also set the stage for potential future treatment strategies for sleep disorders and neurological diseases and other conditions associated with troubled sleep, such as PTSD, depression, Alzheimer’s disease, and autism spectrum disorder.

“What we know about sleep has been based largely on neurons,” said lead author and postdoctoral research associate Ashley Ingiosi. Neurons, she explained, communicate through electrical signals that can be readily captured through electroencephalography (EEG). Astrocytes — a type of glial (or “glue”) cell that interacts with neurons 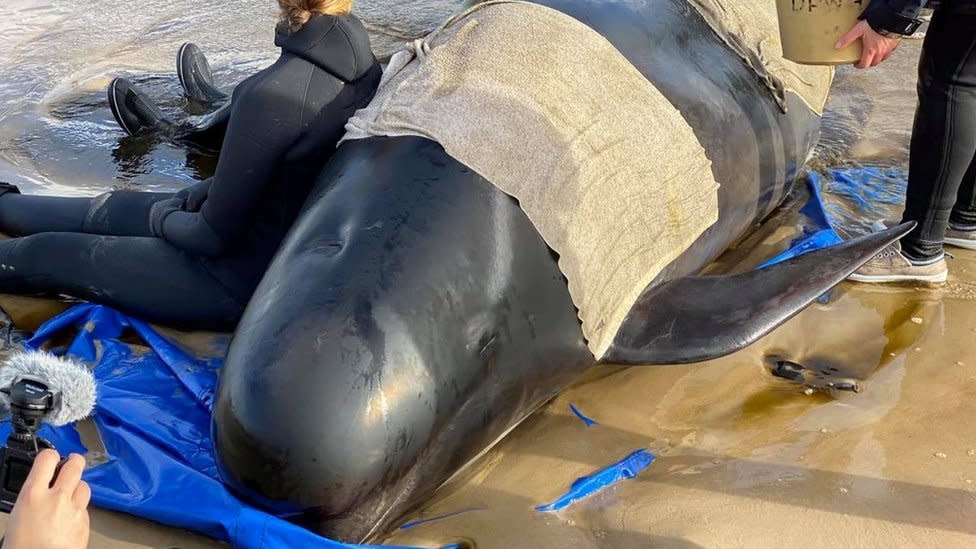 Several surviving pilot whales beached in a mass stranding in Tasmania will be euthanised as they cannot be saved, officials have said.

Some 380 whales have already died in Australia’s worst stranding on record.

Rescuers have refloated 70 of the animals and say and there is hope for another 20.

But they have said four surviving whales that are too exhausted to be saved will have to be killed as it is “the most humane thing to do”.

“These are animals we’ve given a chance, we’ve tried to release them but they haven’t done well,” Kris Carlyon with the Marine Conservation Project explained.

He said there was no viable chance to successfully release them again and “in this case the best, most human course of action is to euthanise”.

The four animals in question have been assessed

All animals great and small live every day in an uncertain world. Whether you are a human being or an insect, you rely on your senses to help you navigate and survive in your world. But what drives this essential sensing?

Unsurprisingly, animals move their sensory organs, such as eyes, ears and noses, while they are searching. Picture a cat swiveling its ears to capture important sounds without needing to move its body. But the precise position and orientation these sense organs take over time during behavior is not intuitive, and current theories do not predict these positions and orientations well.

Now a Northwestern University research team has developed a new theory that can predict the movement of an animal’s sensory organs while searching for something vital to its life.