LOS ANGELES – When freak lightning storms passed over Northern California’s wine country last month and sparked hundreds of wildfires, a newly established network of remote weather stations, orbiting satellites and supercomputers spun into action and attempted to predict the spread of what is now known as the LNU Lightning Complex fire.

“I think a firefighter starting out today in his or her career, they’re going to see something to the point where they leave the (station) on the fire, they’ll have a simulation on their screen of where the fire is going 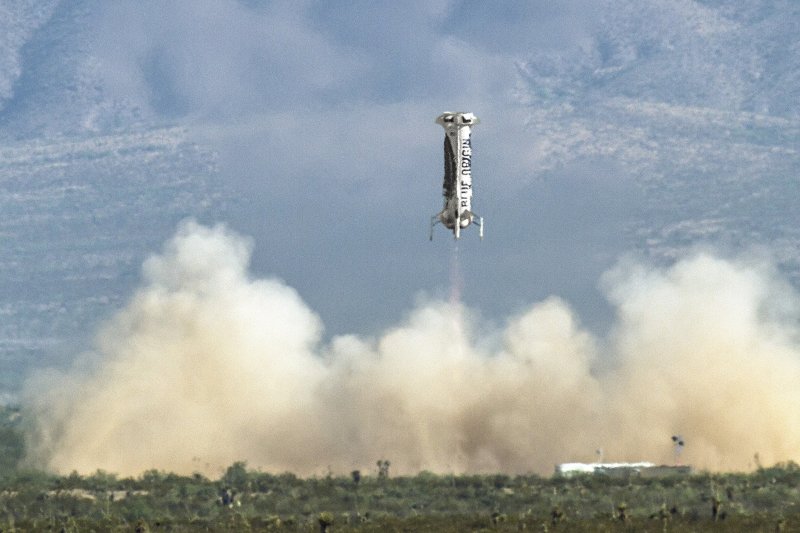 Jeff Bezos’ Blue Origin plans to launch its New Shepard rocket, like the one shown here in 2016, from West Texas on Friday morning. Photo courtesy of Blue Origin

Jeff Bezos’ Blue Origin plans to launch its New Shepard rocket, like the one shown here in 2015, from West Texas on Friday morning. Photo courtesy of Blue Origin

Blue Origin’s New Shepard rocket will be launched again on Friday with its reusable booster, which is shown landing after a flight in December. Photo courtesy of Blue Origin

Sept. 25 (UPI) — Jeff Bezos’ rocket company, Blue Origin, will try again to launch its reusable New Shepard rocket on Friday in Texas with NASA and university experiments on board.

Liftoff is planned for 11 a.m. EDT at the company’s launch facilities about 150 miles east of El Paso. Launch personnel postponed an attempt Thursday due to a “potential issue with the 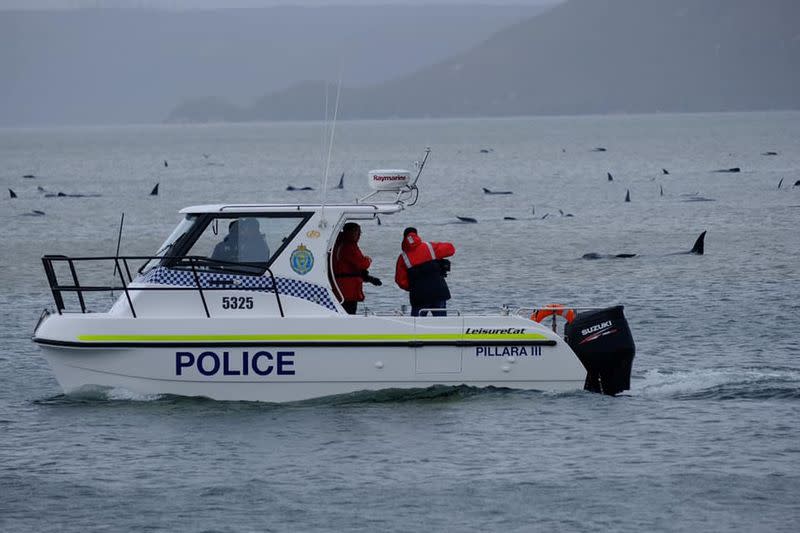 SYDNEY (Reuters) – Rescuers were trying to refloat hundreds of whales stranded on a sandbar off the remote west coast of the Australian island of Tasmania on Tuesday, hoping to end one of the country’s worst beaching events.

Government scientists estimated about 90 of around 270 pilot whales trapped in shallow water had died since the stranding was reported a day earlier.

Aerial footage showed large numbers of the animals largely prone on a wide sandbar at Macquarie Harbour, about 200 kms (120 miles) northwest of the state capital Hobart, while others floundered in slightly deeper water.

“We’ve got animals that are semi-buoyant so it probably won’t take too much to refloat those animals closer to the deeper water, and will involve just a bit of grunt from specialised crew in the water,” Kris Carlyon, a wildlife biologist with the state government, told local media.

Pilot whales are a species