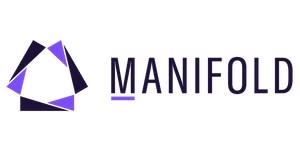 Manifold, the applied AI company, announced a seed financing to support rapid growth, led by Jon Karlen, chairman of Acadian Software and former board member of PillPack. He was joined by Waterline Ventures where Robbie Greenglass led the investment and by former executives, investors, and board members of Amazon, Auris Health, Brightree, and Elevation Pharmaceuticals.

Manifold partners with visionary leaders to make progress rapidly on AI mandates from C-suites and Boards through joint discovery and development programs. Manifold’s AI foundry brings together the infrastructure, algorithms, data, and multidisciplinary R&D team needed to rapidly forge market ready products. In contrast to other tools companies, Manifold’s AI scientists and software engineers work closely with biomedical scientists and engineers to invent novel solutions. Past collaborations have resulted in patents and publications in addition to products, for areas ranging from PK/PD modeling to HEOR and adherence.

“Manifold is continuing to experience rapid growth, with

Biotech has become one of the hottest areas of venture investment in recent years, as progress in machine learning, genetics, medical devices and biology fuse together into new products for the gargantuan health industry.

Case in point: Grail, which began in 2016 as a spinoff from genetic sequencing giant Illumina and co-founded by longtime Google executive Jeff Huber (who was involved in the creation of the company’s experimental laboratory Google[x]), is now being spun back in to the tune of an $8 billion acquisition announced this morning.

Illumina originally invested $100 million in the spinout, and Grail would go on to raise about $2 billion in funding from prominent biotech firm ARCH, one of China’s top VCs Hillhouse Capital, among many others according to Crunchbase. Illumina currently owns 14.5% of the company’s outstanding shares, making the effective purchase price for Grail closer to around $7 billion.