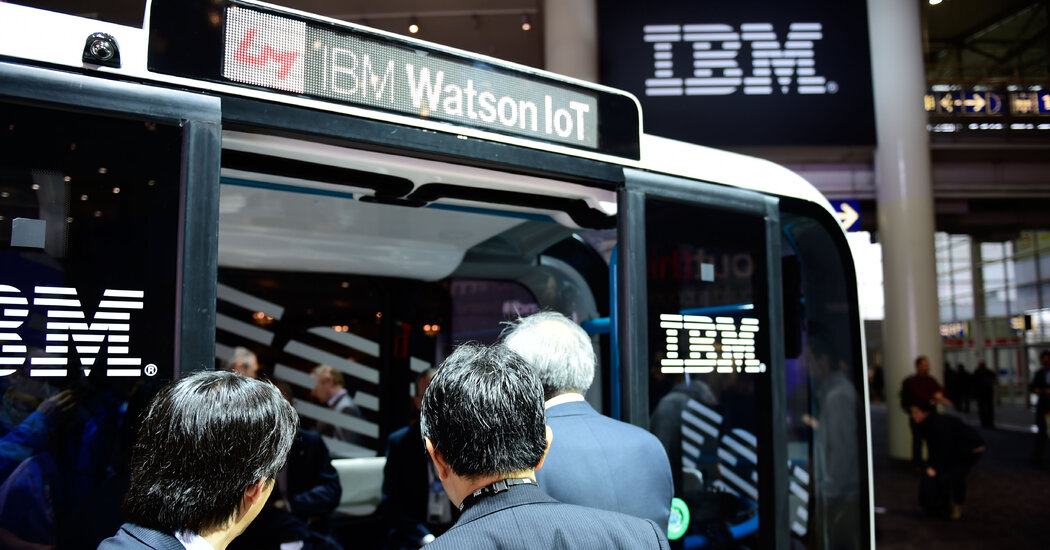 IBM, throughout its 109-year history, hasn’t often led technology trends. But it has adapted and eventually prospered time and again.

It is trying to go the adaptation route once again.

IBM on Thursday acknowledged the challenge and embraced the opportunity for the company in the accelerating shift to cloud computing. The company said it was spinning off its legacy technology services business to focus on cloud computing and artificial intelligence.

Arvind Krishna, who became chief executive this year, called the move “a landmark day” for IBM, “redefining the company.”

The split-up strategy reflects how decisively computing has shifted to the cloud. Today, nearly all new software is being created as a cloud service, delivered over the internet from remote data centers. The computing model affords corporate customers more flexibility and cost savings, sold as a pay-for-use service or annual subscriptions.

IBM was late to the cloud market, which was pioneered

University of Maryland scientists have developed a method to determine the structures of large RNA molecules at high resolution. The method overcomes a challenge that has limited 3D analysis and imaging of RNA to only small molecules and pieces of RNA for the past 50 years.

The new method, which expands the scope of nuclear magnetic resonance (NMR) spectroscopy, will enable researchers to understand the shape and structure of RNA molecules and learn how they interact with other molecules. The insights provided by this technology could lead to targeted RNA therapeutic treatments for disease. The research paper on this work was published in the journal Science Advances on October 7, 2020.

“The field of nuclear magnetic resonance spectroscopy has been stuck looking at things that are small, say 35 RNA building blocks or nucleotides. But most of the interesting things that are biologically and medically relevant are much bigger, 100

Ever wonder why companies spend so much money on machinery and software that kills jobs? One reason is that the U.S. tax code practically forces their hands. The tax on capital has fallen to around 5% in recent years while the tax on labor has remained around 25%, according to a new white paper (PDF) for the Massachusetts Institute of Technology’s Task Force on the Work of the Future.

“Favorable taxation of capital leads to excessive automation,” MIT economist Daron Acemoglu, the lead author of the paper, said in an Oct. 1 interview. Acemoglu testified about excessive automation before the House Budget Committee on Sept. 10 (PDF) and expanded on the tax aspects in the new paper.

The standard economic argument in favor of lightly taxing capital (equipment, software, buildings) is that the supply of capital is highly sensitive to tax rates. High taxes will discourage investment in

The Research and Development District will capture the innovative spirit of San Diego and enhance the experience of working in life sciences with a premier, urban, mixed-use waterfront campus including laboratory, office and retail space

IQHQ, Inc., a premier life sciences real estate development company, today announced that it has completed the acquisition of an iconic development site along San Diego’s waterfront. In addition, IQHQ introduced a new brand to capture the significance of the site – the San Diego Research and Development District (The RaDD) – and announced the start of construction.

“He really did his job,” Syracuse coach Dino Babers said. “He really went after it. We like guys who are hit at the 20 but not tackled until the 25 or 26.”

Jeff Sims completed 13 of 28 passes for 174 yards and one touchdown for the Yellow Jackets but had four interceptions at the hands of the opportunistic defense.

“Big focus all week was on not turning the ball over. Obviously, we didn’t do that,” said Georgia Tech coach Geoff Collins. “Finishing in the red zone, finishing drives, obviously didn’t do that. That’s on me. I’ve go to do a better job getting guys ready. We have to protect the football.”

Jahmyr Gibbs, a freshman playing in just his second game for Tech, had 105 yards, the first 100-yard game of his brief career. Dontae Smith had a career-high 75 yards rushing.

Syracuse had scored 16 points, one touchdown

INDIANA – Under the shade of the Oak Grove trees on the Indiana University of Pennsylvania campus Wednesday, members of the school’s administration, board of trustees and alumni gathered to break ground on the new science and mathematics building.

John and Char Kopchick graduated from the university in the 1970s and donated $23 million to the university in April 2018 for the science and mathematics initiatives at IUP, the largest philanthropic gift in the history of the school.

“This is a milestone moment for IUP,” Vice President for University Advancement Khatmeh Osseiran-Hanna said at the groundbreaking.

Nvidia is trying to explain what exactly what went wrong to cause the botched launch of its new GeForce RTX 3080 graphics card.

Despite announcing the date and time of its release, many customers struggled to find an RTX 3080, with Nvidia’s own site still displaying a “notify me” button well after it had sold out. The traffic to the site slowed its servers to a crawl, which resulted in its notification emails going out nearly an hour after the 6 a.m. launch.

In a FAQ post Monday morning, Nvidia states that it had ten times the volume of visitors to its site as it did with its previous launch of the 20 series cards, and it was simply unprepared for the traffic.

This extended to its retail partners and third-party manufacturers, some of which reportedly saw traffic that beat out their Black Friday numbers.

Nvidia said it is increasing