Hair follicle stem cells, which promote hair growth, can prolong their life by switching their metabolic state. In experiments conducted with mice, a research group active in Helsinki and Cologne, Germany, has demonstrated that a protein called Rictor holds a key role in the process.

The study was published in the Cell Metabolism journal.

Ultraviolet radiation and other environmental factors damage our skin and other tissues every day, with the body continuously removing and renewing the damaged tissue. On average, humans shed daily 500 million cells and a quantity of hairs weighing a total of 1.5 grams.

The dead material is replaced by specialised stem cells that promote tissue growth. Tissue function is dependent on the activity and health of these stem cells, as impaired activity results in the ageing of the tissues.

“Although the critical role of stem cells in ageing is established, little 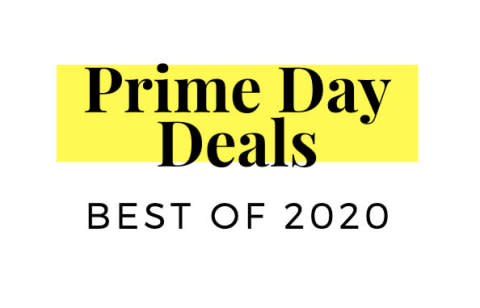 Their findings point towards tests that could separate some COVID-19 patients who need immune-calming therapies from others who may not. They also may begin to explain why some people infected with SARS-CoV-2 produce abundant antibodies against the virus, yet experience poor outcomes.

The results were published online on Oct. 7 in Nature Immunology.

The Emory team’s results converge with recent findings by other investigators, who found that high inflammation in COVID-19 may disrupt the formation of germinal centers, structures in lymph nodes where antibody-producing cells are trained. The Emory group observed that B cell activation is moving ahead along an “extrafollicular” pathway outside germinal centers — looking similar to they had observed in SLE.

B cells represent a library of blueprints for

Should I or shouldn’t I? The activity of individual nerve cells in the brain tells us how confident we are in our decisions. This is shown by a recent study by researchers at the University of Bonn. The result is unexpected — the researchers were actually on the trail of a completely different evaluation mechanism. The results are published in the journal Current Biology.

You are sitting in a café and want to enjoy a piece of cake with your cappuccino. The Black Forest gateau is just too rich for you and is therefore quickly eliminated. Choosing between the carrot cake and the rhubarb crumble is much trickier: The warm weather favors the refreshingly fruity cake. Carrot cake, however, is one of your all-time favorites. So what to do?

Every day we have to make decisions, and we are much more confident about some of them than others. Researchers

Stem cells are cell factories that constantly divide themselves to create new cells. Implanting stem cells in damaged organs can regenerate new tissues. Cell sheet engineering, which allows stem cells to be transplanted into damaged areas in the form of sheets made up of only cells, completely eliminates immune rejection caused by external substances and encourages tissue regeneration. A research team led by POSTECH recently succeeded in drastically reducing the harvest period of such stem cell sheets.

A joint research team comprised of Professor Dong Sung Kim and researcher Andrew Choi of POSTECH’s Department of Mechanical Engineering and Dr. InHyeok Rhyou and Dr. Ji-Ho Lee of the Department of Orthopedic Surgery at Pohang Semyung Christianity Hospital has significantly reduced the total harvest period of a stem cell sheet to two days. The nanotopography of poly(N-isopropylacrylamide) (PNIPAAm), which abruptly changes its roughness depending on temperature, allows harvesting of cell sheets that

Irvine, Calif., Oct. 7, 2020 – Electrical engineers, computer scientists and biomedical engineers at the University of California, Irvine have created a new lab-on-a-chip that can help study tumor heterogeneity to reduce resistance to cancer therapies.