Over the past few years, deepfakes have emerged as the internet’s latest go-to for memes and parody content.

It’s easy to see why: They enable creators to bend the rules of reality like no other technology before. Through the magic of deepfakes, you can watch Jennifer Lawrence deliver a speech through the face of Steve Buscemi, see what Ryan Reynolds would’ve looked like as Willy Wonka, and even catch Hitler and Stalin singing Video Killed The Radio Star in a duet.

For the uninitiated, deepfake tech is a form of synthetic media that allows users to superimpose a different face on someone else’s in a way that’s nearly indistinguishable from the original. It does so by reading heaps of data to understand the face’s contours and other characteristics to naturally blend and animate it into the scene.

At this point, you’ve probably come across such clips on platforms like 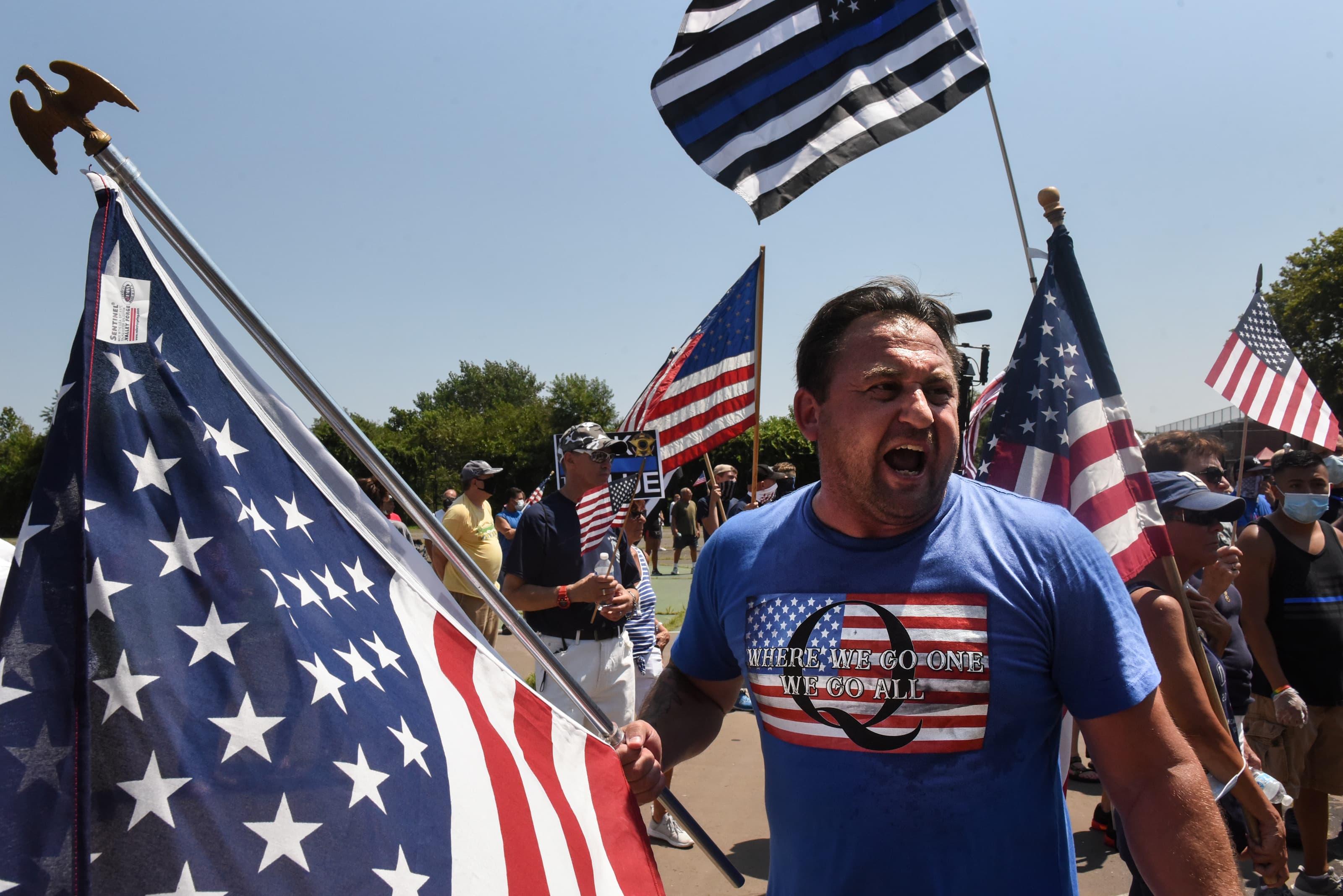 A person wearing a t-shirt supportive of QAnon participates in a “Back the Blue” rally in the Brooklyn borough of New York City, New York, U.S. August 9, 2020.

Facebook on Tuesday classified the QAnon conspiracy theory movement as dangerous and began removing Facebook groups and pages as well as Instagram accounts that hold themselves out as representatives.

The step escalates an August policy that banned a third of QAnon groups here for promoting violence while allowing most to stay, albeit with content appearing less often in news feeds. Instead of relying on user reports, Facebook staff now will treat QAnon like other militarized bodies, seeking out and deleting groups and pages, the company said in a blog post here.

Since the August restrictions, some QAnon groups have added members, and others used coded language to evade detection, for example referring to “cue” instead of Q.

As many as 800 million children have dangerously high lead values in their blood. The neurotoxin can cause permanent brain damage.

The huge international numbers come from a new report from Pure Earth and UNICEF. Pure Earth works to solve pollution problems that can be harmful to humans.

“A child’s earliest years of life are characterized by rapid growth and brain development. This makes children particularly vulnerable to harmful substances in the environment,” says Kam Sripada, a postdoc at the Norwegian University of Science and Technology (NTNU) who has contributed to the report.

“Exposure to lead during pregnancy and early in life can lead to a child never reaching his or her potential,” she says.

Sripada works at NTNU’s Center for Global Health Inequalities Research (CHAIN) in collaboration with the Norwegian Institute of Public Health and UNICEF.

The cardinal rule of coronavirus policy is that you must follow “the science”. Or, at the very least, you must say that you are. After the US’s disastrous response to the pandemic, Donald Trump still insists he is “guided by science”. In the UK, Boris Johnson and his ministers always claimed that our own bumbling response was either “led by the science” or “following the science”, even as Britain’s infection rate soared above other countries that were also, in their own words, following the science.

Sometimes it is easy for us to separate out false claims about science from real ones. Early in the crisis, the majority of mainstream scientists, and institutions such as the World Health Organization, supported swift lockdown measures. Trump resisted this approach, instead putting his faith in quack cures that his closest scientific advisers clearly opposed. Johnson has tended to drag his heels, taking the 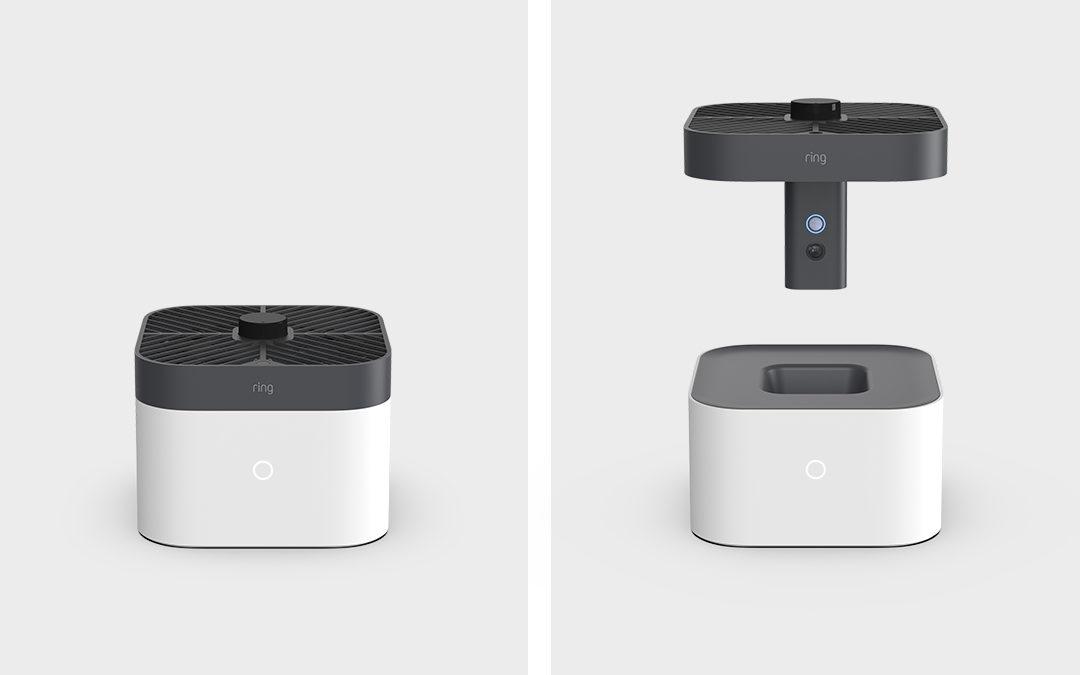 Amazon’s
home-security business Ring announced a niche offering Thursday: a drone that flies inside a house. Dubbed the “Always Home Cam,” this interior surveillance apparatus is designed to ship in 2021, with an expected list price of $250. It is, in many ways, a caricature of gimmick drones, of home security, and of what an opt-in panopticon offers.

Ring’s Always Home Cam is a quadcopter built only for indoor flight, its small rotors contained in boxy protective grills. Its body, dangling from below the rotors, contains a 1080p video camera, which effectively shutters itself inside a charging station when the drone is at rest. While the dimensions are not yet public, the largest Ring device on the market today is barely longer than 5 inches, and it is safe to assume the Always Home Cam

A team of University of Queensland researchers has revealed why male funnel web spiders develop much deadlier venom than their female counterparts.

“Delta-hexatoxins exert fatal neurotoxic effects in humans by keeping nerves turned on, so that they keep firing over and over again.

“It has puzzled scientists why these toxins are so deadly to humans, when they and other primates, haven’t featured as either prey or predator during the spider’s evolution.

“And we couldn’t understand why most human deaths were being caused by male funnel web spiders, which seemingly had much deadlier venom than females.”

Using molecular analysis of the venom, Dr Fry and the team 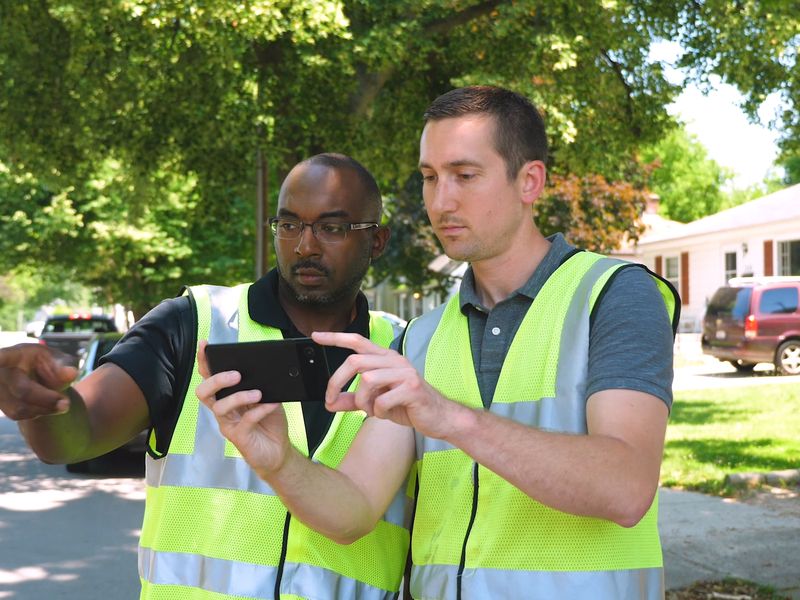 The backstory of ARUtility LLC, a 2018 startup that just graduated from the Conquer Accelerator program at Michigan State University, is one of how a boss found how one of his hires talked to his cat so interesting he decided to go into business with him.

Alando Chappell became Joseph Eastman’s boss at the Lansing Board of Power and Light in 2014. “I was looking to hire an engineer. I interviewed him, I loved him and brought him on board,” he said. “He was an excellent engineer.”

One Monday in 2017, Chappell asked Eastman what he had done over the weekend.

“He said, ‘I was bored, so I created an app that speaks to my cat,'” recounted Chappell.

With the app he created, while he was on vacation Eastman could call home and talk to his cat through a toy robot.

Chappell thought there was a more practical thing to