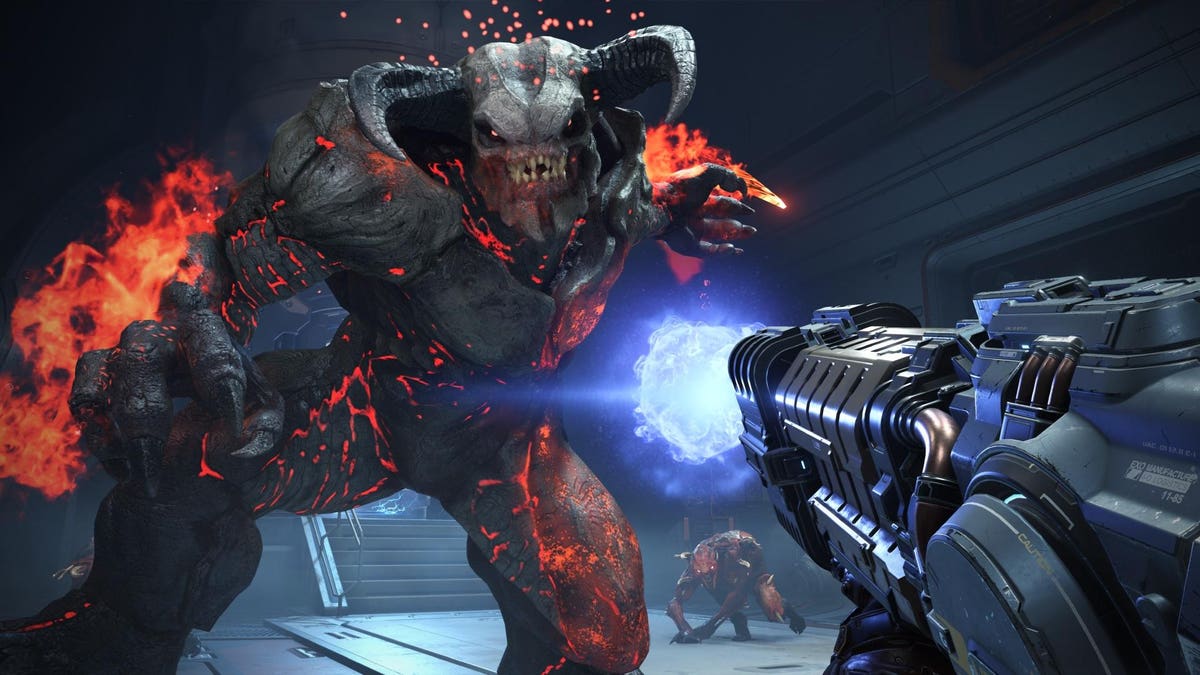 It looks like id’s Doom Eternal, which came out six months ago, will be the first big Bethesda title to hit Game Pass in the wake of Microsoft’s monumental acquisition.

As spotted by Wario64 on Twitter, the Xbox Game Pass account has posted a phony email screenshot with hidden text that reads: “The Slayer is coming.” This is visible if you take the image and enhance the contrast. “Better get excited,” Xbox’s mock email reads. “Everyone’s gonna go crazy when they hear what I’m about to tell you. Low and behold, [redacted] is coming to the service very soon!”

There are currently no Doom titles on Game Pass, though the 2016 Doom used to be part of the library. While Doom Eternal is obviously what they’re teasing here—it’s relatively new and hasn’t been on Game Pass before—it’s possible that we could see the entire