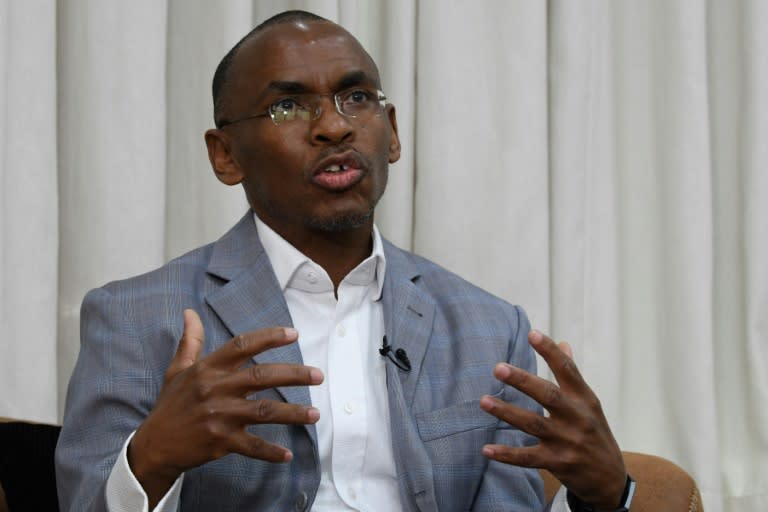 Kenyan telecoms giant Safaricom is seeking to transform itself into a technology company, offering new financial solutions to anyone from small businesses to farmers, new CEO Peter Ndegwa told AFP.

Listed on the Nairobi stock market, Safaricom is one of the biggest companies in East Africa, its success fuelled by its mobile money service Mpesa, which was launched in 2007 and has become indispensable in Kenya.

Ndegwa, who was named the group’s new CEO following the death of Bob Collymore, said the future of Safaricom would come from “combining technology and innovation.”

“We want to move away from being a telecom business into a purpose-led technology company,” he said.

“That will mean that we will use technology to create change in other ecosystems in the same way that we have done with Mpesa in the financial services area, in areas such as agriculture, health, education.”

As an example, he cites

FARIS Technology Institute is the first space, robotics and STEM institute in Ethiopia. It launched its services with the intentional catchy-slogan of Making Ethiopia the center of technology in Africa. Taking this into consideration, the institute has provided innovational courses in the fields of robotics, programming and with the provision of STEM courses, to be available to everyone.

Regarding the tasks of FARIS Technology Institute, The Ethiopian Herald has approached Founder and President of the institute, Elias Yirdaw. Excerpts:

Herald: What plans have your institute set to achieve?

Elias: We are imagining fulfilling goals helpful in solving problems in aerospace, aeronautics, STEM Robotics and Artificial intelligence. Down the road we have a do list in providing access to STEM education to a broader audience.

We aim to create a developed and civilized Ethiopia and establishing Space Research Center as well as building Mega Training Center for outstanding students. We have