The popular LGBT+ hook-up app Grindr has fixed a glaring security flaw that allowed hackers to take over any account if they knew the user’s registered email address, TechCrunch reports.

Wassime Bouimadaghene, a French security researcher, originally uncovered the vulnerability in September. But after he shared his discovery with Grindr and was met with radio silence, he decided to team up with Australian security expert Troy Hunt, a regional director at Microsoft and the creator of the world’s largest database of stolen usernames and passwords, Have I Been Pwned?, to draw attention to an issue that put Grindr’s more than 3 million daily active users at risk.

Hunt shared these findings with the outlet and on his website Friday, explaining that the problem stemmed from Grindr’s process for letting users reset their passwords. Like many social media sites,

This preview update brings many of the same fixes Microsoft released in last week’s 20H2 Beta preview for Insiders on the Release Preview Channels. Microsoft is expected to release 20H2, or the Windows 10 October 2020 Update, either this month or in November.

Two key issues addressed in this optional update for Windows 10 2004 are the WSL 2 bugs and a lingering connectivity issue with WWAN LTE modems.

The update addresses an issue in WSL that generates an ‘Element not found’ error when users try to start WSL.

The other is a

Spellbreak, a free-to-play battle royale where every player has an elemental power to fight with, has received its first major update. The game, which launched on PC, Switch, PS4, and Xbox One on September 3, has updated to version 1.1, and has fixed numerous bugs and issues in the process.

Update 1.1 brings several fixes to Spellbreak across all platforms, as well as some system-specific changes for each different version of the game. It doesn’t add any major new features, but instead focuses on tweaking and improving what is already there.

“We wanted the focus of this one to be on stability and performance across all of our platforms,” the Spellbreak blog reads before detailing the patch notes.

The complete patch notes for Spellbreak Update 1.1 are below. 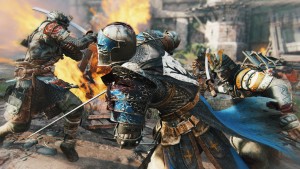 Some tech tips for For Honor.

For Honor is a surprisingly fantastic PC port- there is little wrong with the PC version of the game, unlike so many major Ubisoft games in the past. Most of the issues you run into are likely going to be because of the game’s persistently online nature.

However, there will still be some you run into that may be more than simple connectivity issues, and ones that you need help with. That’s where we come in with this guide. This guide here will help you deal with a fair few of the technical errors and glitches you can run into while playing For Honor on PC. But first, the specs:

Microsoft has released the 20H2 build number 19042.541 to the Beta and Release Preview Channels for those Insiders who are on previews of what will become the Windows 10 October 2020 Update.

This new preview addresses the one known issue in build 19042.508, which stopped users launching Windows Subsystem for Linux.

“We have fixed the issue where WSL fails to start with an ‘Element not found’ error,” said Brandon LeBlanc, a program manager for the Windows Insider Program.

Internet Explorer 11 now contains a notification, warning users about the end of Adobe Flash support in 2020. Enterprise customers still have