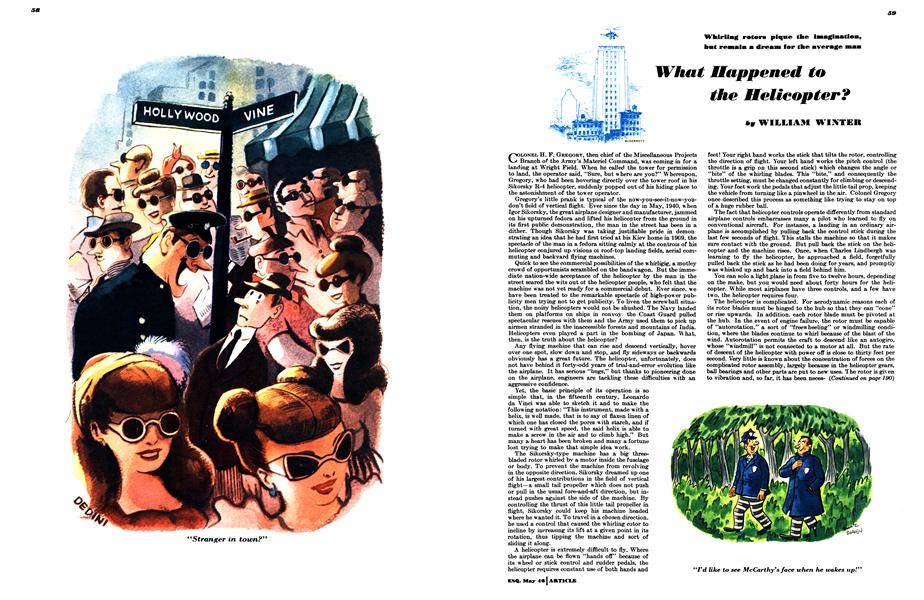 What Happened to the Helicopter?

Whirling rotors pique the imagination, but remain a dream for the average man

CLONEL H. F. GREGORY, then chief of the Miscellaneous Projects Branch of the Army’s Materiel Command, was coming in for a landing at Wright Field. When he called the tower for permission to land, the operator said, “Sure, but where are you?” Whereupon, Gregory, who had been hovering directly over the tower roof in his Sikorsky R-4 helicopter, suddenly popped out of his hiding place to the astonishment of the tower operator.

Gregory’s little prank is typical of the now-you-see-it-now-youdon’t field of vertical flight. Ever since the day in May, 1940, when Igor Sikorsky, the great airplane designer and manufacturer, jammed on his upturned fedora and lifted his helicopter from the ground in its first public demonstration, the man in the street has been in a dither. Though Sikorsky