The next generation of skyscrapers could be, well, spongey. Researchers at Harvard University’s Wyss Institute for Biologically Inspired Engineering and John A. Paulson School of Engineering and Applied Sciences say a lattice reinforced with diagonals, inspired by the structures built by sponges, could mean lighter, but stronger skyscrapers and bridges.

➡ You love badass builds. So do we. Let’s nerd out over them together.

Sponges are wild. They’re not just alive—they’re resilient predators that reproduce sexually, despite having no organs or tissues or even a traditional “inside” of their body structures. In a way, they’re living structures already, and their sturdiness is what helps them survive.

The researchers explain in their new

Oct. 6 (UPI) — In a paper published Tuesday in the journal Nature Communications, scientists argue that rivalries among animal neighbors could drive cognitive evolution, encouraging the development of ‘Napoleonic’ intelligence.

To date, the study of cognitive evolution among animals has focused on antagonistic and co-operative social interactions within groups — the kinds of interactions thought to demand the development of so-called Machiavellian intelligence.

“Machiavellian intelligence is the House of Cards-style cunning that has evolved to get ahead in social politics within groups,” senior Andy Radford, professor of behavioral ecology at the University of Bristol in Britain, told UPI in an email.

Machiavellian intelligence and the related cognitive processes help animals compete and cooperate with their intergroup peers and relatives.

“We argue that animals also need ‘Napoleonic’ intelligence, the more Game of Thrones-style sharpness necessary to triumph in a world packed with rival outsiders,” Radford said. 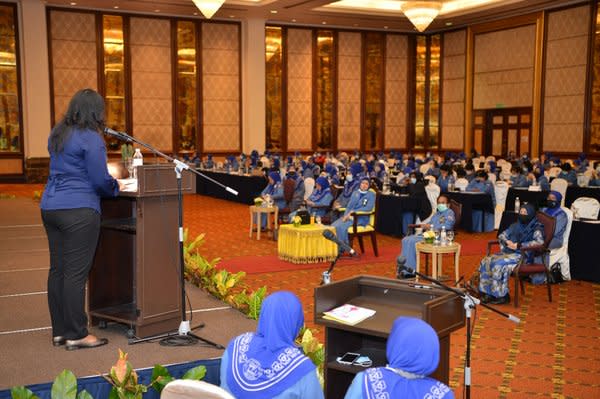 KUALA LUMPUR, Malaysia, Oct. 5, 2020 /PRNewswire/ — Last week saw the launch of a brand new bespoke engineering challenge with the Girl Guides Association Malaysia (Persatuan Pandu Puteri Malaysia). Developed by a team of female engineers from BAE Systems, the challenge will see up to 280,000 young women have the opportunity to complete a series of fun and engaging engineering tasks in order to earn the new ‘Gear up’ girl guiding badge.

The launch of the badge follows the success of similar launches by BAE Systems and Girl Guides in the UK and Singapore, which has seen many budding young female engineers encouraged to take an interest in the fields of science, technology, engineering and