These posts — from January 2018, just months after QAnon flamed to life from the embers of Pizzagate, with its false claims of a child sex ring run by Democrats out of a Washington pizzeria — were among the many early warnings that the new conspiracy theory was fueling hatred and calls for violence on Facebook, Twitter and other social media.

But it would be years before Facebook and Twitter would make major moves to curb QAnon’s presence on their platforms, despite serious cases of online harassment and offline violence that followed, and moves by other social media companies to limit the spread of QAnon’s lurid and false allegations of pedophilia and other crimes. 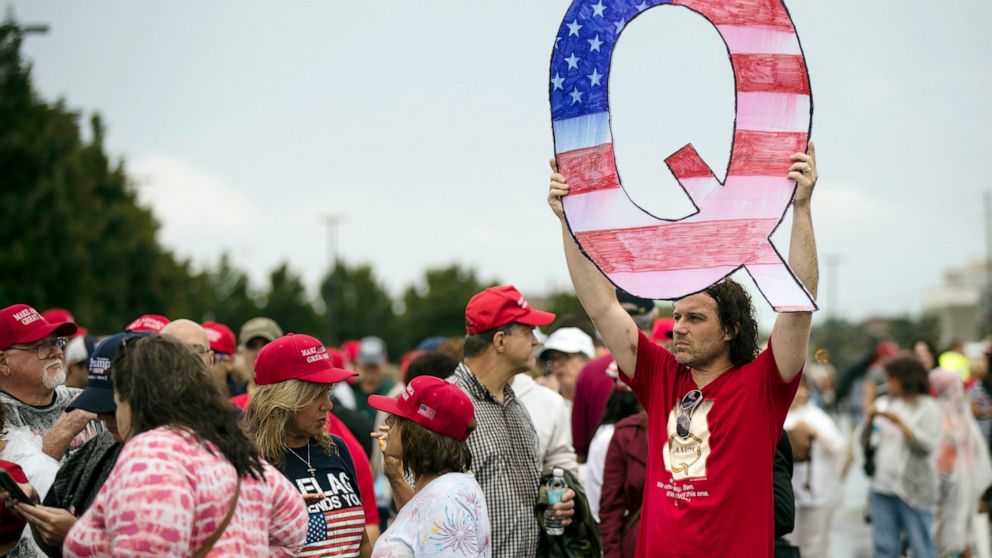 CHICAGO — Facebook and Twitter promised to stop encouraging the growth of the baseless conspiracy theory QAnon, which fashions President Donald Trump as a secret warrior against a supposed child-trafficking ring run by celebrities and government officials, after it reached an audience of millions on their platforms this year.

But the social media companies still aren’t enforcing even the limited restrictions they’ve recently put in place to stem the tide of dangerous QAnon material, a review by The Associated Press found. Both platforms have vowed to stop “suggesting” QAnon material to users, a powerful way of introducing QAnon to new people.

But neither has actually succeeded at that.

On Wednesday, hours after a chaotic debate between Trump and Democratic presidential nominee Joe Biden, a video from a QAnon account that falsely claimed Biden wore a wire to cheat during the event was trending on Twitter, for example. 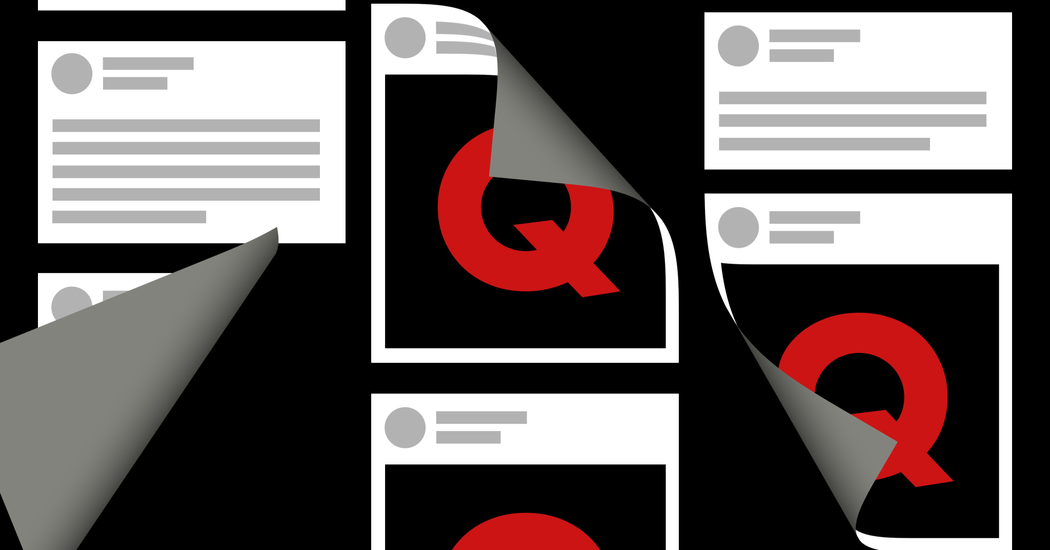 Like other dangerous ideas, the QAnon conspiracy is tricky to root out online. But it’s not impossible.

QAnon is a sprawling and false set of theories that powerful institutions are controlled by pedophile cannibals who are plotting against President Trump. It’s also a chameleon. Supporters use legitimate causes like protecting children or promoting wellness to appeal to newcomers and then draw them into their outlandish ideas.

QAnon adherents tailored their ideas for Facebook, which moved slowly to address the movement at first. Facebook announced in August that it was restricting QAnon activity, but so far its actions haven’t accomplished much, my colleagues Sheera Frenkel and Tiffany Hsu wrote.

I talked with Sheera about how much blame Facebook deserves for the spread of this dangerous conspiracy, and what we can learn from internet