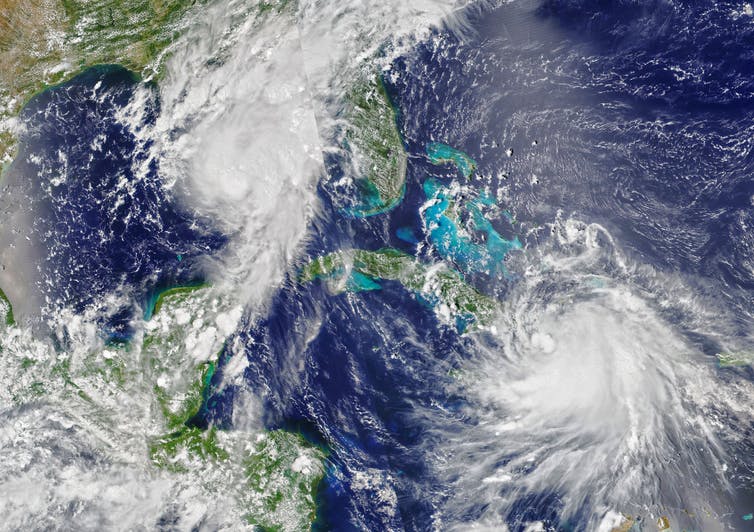 Here’s how active this year’s Atlantic hurricane season has been: When Tropical Storm Wilfred formed on Sept. 18, the National Hurricane Center exhausted its list of storm names for only the second time since naming began in 1950. A few hours later, the next storm formed – now known as Alpha.

Even more surprising is that we reached the 21st tropical storm of the year more than two weeks earlier than in 2005, the only other time this happened. And the 22nd storm, Alpha, was nearly a month earlier.

The 2020 Atlantic hurricane season is far from over. With the new storm, forecasters shifted from the alphabetical list of people’s names to letters of the Greek alphabet – Alpha, Beta and so on. The 2005 season had six Greek-letter storms, ending with Zeta.

So, why is the Atlantic so active this year? Meteorologists like