We’ve seen plenty of mid-range phones launch with triple and quad-rear cameras this year, but Samsung will apparently add even more cameras to the rumored Galaxy A72.

According to a report by The Elec (via SamMobile), the device could feature five rear cameras when it makes its debut early next year.

The phone’s penta-camera array may be headlined by a 64MP primary camera, flanked by a 12MP ultra-wide snapper, and an 8MP telephoto camera with 3x zoom. A pair of 5MP sensors for “bokeh” and macro shots round up the package. For those wondering about selfies, a 32MP shooter is said to be included upfront, too.

It’s a similar lineup used by the Galaxy A71, bar the addition 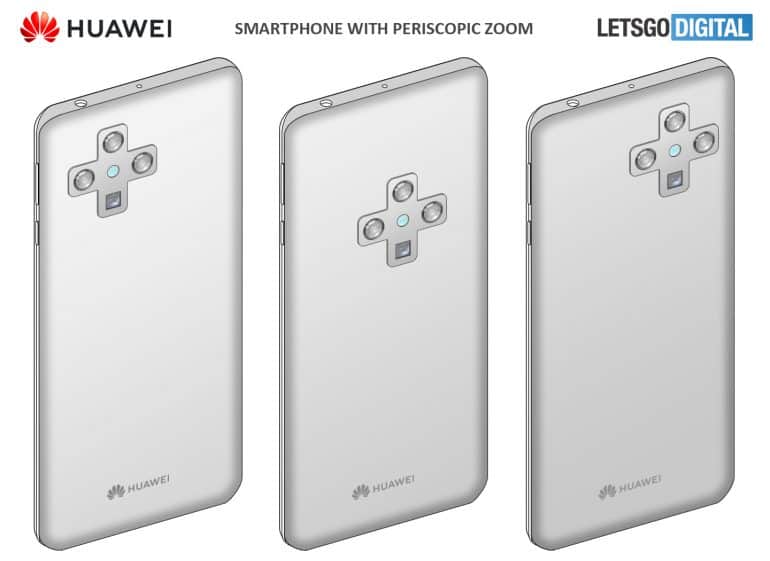 Huawei filed the patent in October last year with the China National Intellectual Property Administration (CNIPA). According to Letsgodigital, the patent was published on September 18 also includes a total of 24 images.

The front of the smartphone is all display and there is no sign of a pop-up camera. Additionally, the lack of notch or punch-hole cut-out suggests the company might opt for an under-display selfie camera. On the rear, it comes equipped with a cross-shaped camera module featuring four sensors and an LED flash.

The square shape of the bottom sensor confirms it to

We’ve grown used to Huawei‘s recent camera array designs which usually take the form of strips, slabs, or circles. Now, it seems the company could be experimenting with a new shape.

Spotted by LetsGoDigital, the phone design displayed in a patent filing features a rear camera array arranged in a cross. It could easily be mistaken for a game controller’s D-pad, but no, these are definitely cameras and sadly won’t be the genesis of a new Huawei gaming phone.

The camera array features four cameras at each end with a flash in the middle. The bottom lens seems to be a zoom lens, as its reminiscent of periscope camera setups we’ve