A star 215 million light-years away has been obliterated by a supermassive black hole, making it the closest observation to date of stellar spaghettification.

A doomed star caught in the orbit of a supermassive black hole will eventually hit a kind of gravitational sweet spot that turns everything to shit. No longer capable of keeping its physical integrity, the star begins to rapidly collapse in a process known as a fast-evolving tidal disruption event. When this happens, stellar debris bursts out from the star, forming a long, thin stream, half of which gets sucked toward the black hole; the other half is blown back into space. The thin stream eventually catches up to and slams into itself, releasing energy and

Astronomers have spotted a rare and radiant pulse of light—the last gasp of a dying star that has been sucked toward the center of a supermassive black hole and shredded into sinuous strings of stardust. This process is delightfully called spaghettification, but make no mistake: it’s gruesome.

🌌 You love our badass universe. So do we. Let’s nerd out over it together.

“When a black hole devours a star, it can launch a powerful blast of material outwards that obstructs our view,” Samantha Oates, an astronomer at the University of Birmingham, said in

Astronomers have witnessed the final moments of a star being devoured by a supermassive black hole – and it’s not pretty.

A blast of light from 215 million light years away from Earth allowed astronomers to study the “tidal disruption event” in unprecedented detail.

Stars that wander too close to vast supermassive black holes are shredded (“spaghettified”) into thin streams of material, which are in turn devoured, releasing flashes of light.

Matt Nicholl, a Royal Astronomical Society research fellow and lecturer at the University of Birmingham, said: “The idea of a black hole ‘sucking in’ a nearby star sounds like science fiction.

“But this is exactly what happens in a tidal disruption event.”

A team of researchers can still detect lingering X-rays from a neutron star collision that happened 1,000 days prior. The prolonged X-ray emission continues to puzzle scientists.

It was on Aug. 17, 2017, when the Laser Interferometer Gravitational-wave Observatory (LIGO) and Virgo first detected gravitational waves from the  merger of two neutron stars. Dubbed GW 170817, the event was observed by various telescopes from all over the world within hours of the first detection.

The initial burst was followed by a short-duration gamma ray-burst (GRB) and a slower kilonova. Nine days later, scientists detected an afterglow that was visible

It’s one of those astounding events that sounds like science fiction, but is just plain science. Astronomers say they were able to capture in unprecedented detail the process of a star being ripped into strips and devoured by a black hole.

The powerful phenomenon caught the attention of scientists when a new blast of light near a known supermassive black hole was spotted by telescopes around the world. Months worth of follow-up observations made it clear they were seeing the destruction of a far-off sun as it happened.

“In this case the star was torn apart with about half of its mass feeding — or accreting — into a black hole of one million times the mass of the sun, and 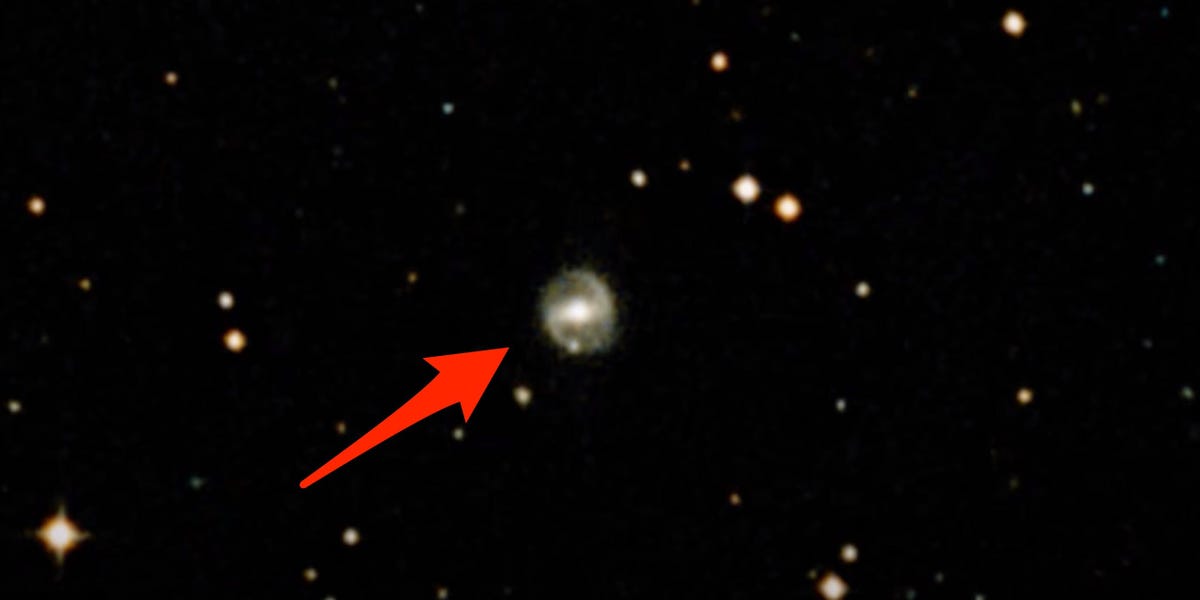 Astronomers have captured a rarely-seen event: a flare of light caused by a black hole devouring a nearby star like spaghetti.

Observed in the Eridanus constellation, about 215 million light-years away from Earth, the star’s destruction is the closest such event astronomers have ever observed.

“When an unlucky star wanders too close to a supermassive black hole in the center of a galaxy, the extreme gravitational pull of the black hole shreds the star into thin streams of material,” study author Thomas Wevers, a fellow at the European Southern Observatory in Santiago,

Using telescopes from the European Southern Observatory (ESO) and other organisations around the world, astronomers have spotted a rare blast of light from a star being ripped apart by a supermassive black hole. The phenomenon, known as a tidal disruption event, is the closest such flare recorded to date at just over 215 million light-years from Earth, and has been studied in unprecedented detail. The research is published today in Monthly Notices of the Royal Astronomical Society.

“The idea of a black hole ‘sucking in’ a nearby star sounds like science fiction. But this is exactly what happens in a tidal disruption event,” says Matt Nicholl, a lecturer and Royal Astronomical Society research fellow at the University of Birmingham, UK, and the lead author of the new study. But these tidal disruption events, where a star experiences what’s known as spaghettification as it’s sucked in by a black hole,