GENEVA (AP) — International arbitrators said Tuesday that the European Union can impose tariffs and other penalties on up to $4 billion worth of U.S. goods and services over illegal American support for plane maker Boeing. The move further sours transatlantic ties at a time when the coronavirus has doused trade and savaged economies.

The ruling by the World Trade Organization arbitrators, which could inflame Trump administration criticism of the Geneva-based body, amounts to one of the largest penalties handed down by the WTO.

It comes a year after another ruling authorized the United States to slap penalties on EU goods worth up to $7.5 billion – including Gouda cheese, single-malt whiskey and French wine – over the bloc’s support for Boeing rival Airbus.

Now the EU can have its own turn at trade punishment, and has already been considering which American products it could target. A preliminary list that 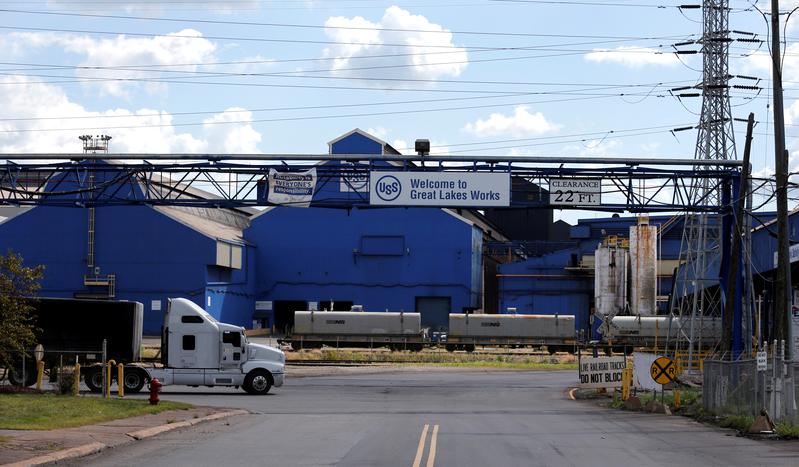 CHICAGO(Reuters) – President Donald Trump promised a new dawn for the struggling U.S. steel industry in 2016, and the lure of new jobs in Midwestern states including Michigan helped him eke out a surprise election win.

Four years later, Great Lakes Works – once among the state’s largest steel plants – has shut down steelmaking operations and put 1,250 workers out of a job. A year before the June layoffs, plant owner United States Steel Corp called off a plan to invest $600 million in upgrades amid deteriorating market conditions.

Trump’s strategy centered on shielding U.S. steel mills from foreign competition with a 25% tariff imposed in March 2018. He also promised to boost steel demand through major investments in roads,

On September 1, the regulator of Nigeria’s electricity sector – NERC, announced a new tariff regime dubbed Service Reflective Tariff with some attendant increase in rates paid by some consumers. Going forward, rates paid by consumers will be tied to the level of service provided to them within a cluster. This tariff review is consistent with the federal government’s target to transition the industry to a full cost reflective tariff, eliminating the need for the government to provide subsidies to the sector. It is also intended to provide a basis for a higher minimum remittance by the DisCos to market accounts.

Ever since we privatised the power sector, two major issues seem to have dominated the interactions between the operators and consumers; these are retail tariffs charged consumers and metering. The operators always maintained that it is impossible to improve service without tariffs that incorporate all the cost of production