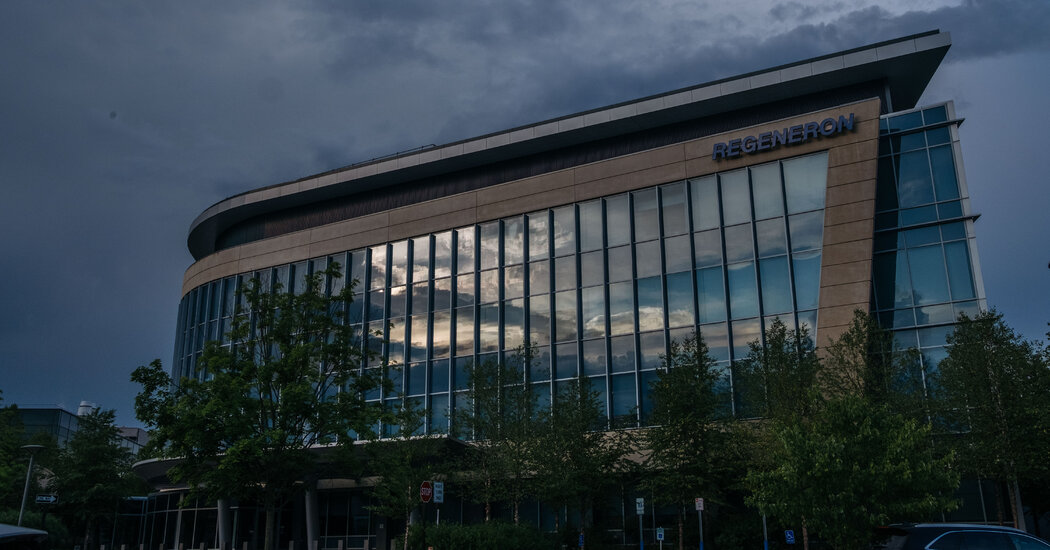 Experts think monoclonal antibodies, like the cocktail taken by Mr. Trump, could fare better than hydroxychloroquine and convalescent plasma.

The treatment is “super promising, and all of us are excited from a theoretical perspective,” Dr. Ranney said. “But it’s just too early,” she added, to tell if theory will translate into practice.

Just days before Mr. Trump tested positive for the coronavirus and was admitted to the hospital, Regeneron announced a batch of preliminary results, collected from ongoing trials, via news release. They suggested Regeneron’s monoclonal antibody cocktail could tamp down the amount of virus found in the nasal cavity, and

N-acetylglucosamine, a simple sugar found in human breast milk and sold as an over-the-counter dietary supplement in the United States, promotes myelin repair in mouse models and correlates with myelination levels in multiple sclerosis patients according to a new University of California, Irvine-led study.

Published in the Journal of Biological Chemistry, the study also demonstrates that in mice, delivering N-acetylglucosamine orally to lactating mothers drove primary myelination in their nursing offspring. N-acetylglucosamine is a simple sugar that is metabolically attached to proteins at the cell surface to control cellular function.

“We found that N-acetylglucosamine activates myelin stem cells to promote primary myelination and myelin repair,” said Michael Demetriou, MD, PhD, FRCP(C), professor of neurology, microbiology and molecular genetics at UCI School of Medicine and leader of the study. “Our data raises the intriguing possibility that N-acetylglucosamine may be a simple therapy to promote myelin repair in multiple sclerosis patients.”

Light therapy is safe and has measurable effects in the brain, according to a pioneering study by researchers from the Wellman Center for Photomedicine at Massachusetts General Hospital (MGH). Senior investigators Rajiv Gupta, MD, PhD, director of the Ultra-High Resolution Volume CT Lab at MGH and Benjamin Vakoc, PhD, at the Wellman Center led the study, which was supported by a grant from the Department of Defense (DOD) and published in JAMA Network Open September 14th.

This study is one of the first, if not the first, prospective, randomized, interventional clinical trials of near-infrared, low-level light therapy (LLLT) in patients who recently suffered a moderate brain injury. If further trials support these findings, light therapy could become the first widely-accepted treatment for this type of injury.

TBI is the leading cause of traumatic injury worldwide, and an estimated 69 million people experience such an injury every year. However, there are

Singapore, 22 September 2020 – Researchers from Critical Analytics for Manufacturing Personalized-Medicine (CAMP), an interdisciplinary research group at Singapore-MIT Alliance for Research and Technology (SMART), MIT’s research enterprise in Singapore, have been awarded Intra-CREATE grants from the National Research Foundation (NRF) Singapore to help support research on retinal biometrics for glaucoma progression and neural cell implantation therapy for spinal cord injuries. The grants are part of the NRF’s initiative to bring together researchers from Campus for Research Excellence And Technological Enterprise (CREATE) partner institutions, in order to achieve greater impact from collaborative research efforts.

SMART CAMP was formed in 2019 to focus on ways to produce living cells as medicine delivered to humans to treat a range of illnesses and medical conditions, including tissue degenerative diseases, cancer, and autoimmune disorders.

Children are struggling with mental health issues more now than perhaps ever before, though the treatment available — therapy, drugs, or both — differs widely from state to state.

Using a national database of insurance claims, Princeton University researchers investigated the type of treatment adolescents — most of whom were around the average age of 12 and suffering from anxiety or depression — receive after a first episode of mental illness.

Of the children receiving drugs, 45% were prescribed strong, addictive drugs in the benzodiazepine class (like Valium or Xanax), tricyclic antidepressants, or drugs that were not FDA-approved for use in children as a first line of treatment.

The findings occur even in ZIP codes that are