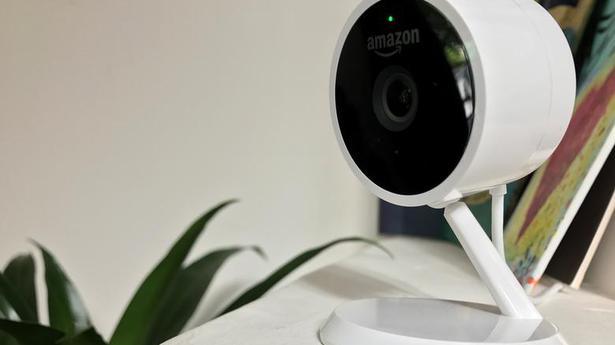 A video on how Visual surveillance technology that help users monitor and identify people is becoming popular within homes.

Visual surveillance technology refers to all those devices that help users monitor and identify people. It includes cameras and facial recognition systems.

Offices and large residential complexes have been using CCTV cameras to monitor people but today, cameras within homes are also becoming increasingly popular.

Households are installing both outdoor and indoor security cameras. While outdoor cameras are used to recognise and keep a watch on visitors and passers-by, indoor cameras help in monitoring activities in separate rooms like baby rooms or for the elderly.

These cameras help ensure safety and they allow households to keep track of activities both outside and inside the houses.

99x, a technology company co-creating well-engineered digital products, revealed its new visual identity and logo and a shorter variant of the company name, at a press briefing held at the Shangri-La, Colombo.

Serving a primarily Scandinavian clientele for over 15 years, 99x’s new visual identity embraces the simplicity in design of that region and channels it through a simple yet bold logo and look.

“Entering this new chapter in our story as 99x, we look forward to further increasing our global footprint through the creation of impactful digital products together with our clients.

The new look also embraces the fun, playful side of our greatest asset – our people, andsignifies that we are tech team players,” observed 99x Co-Founder and CEO Mano Sekaram, commenting on the company’s youthful new visual identity.

99x Chief Operating Officer Shehani Seneviratne elaborated on how the company has contributed to the industry, “As 99X Technology,

The coronavirus pandemic has shifted many of our interactions online, with Zoom video calls replacing in-person classes, work meetings, conferences and other events. Will all that screen time damage our vision?

Maybe not. It turns out that our visual perception is highly adaptable, according to research from Psychology Professor and Cognitive and Brain Sciences Coordinator Peter Gerhardstein’s lab at Binghamton University.

Gerhardstein, Daniel Hipp and Sara Olsen — his former doctoral students — will publish “Mind-Craft: Exploring the Effect of Digital Visual Experience on Changes in Orientation Sensitivity in Visual Contour Perception,” in an upcoming issue of the academic journal Perception. Hipp, the lead author and main originator of the research, is now at the VA Eastern Colorado Health Care System’s Laboratory for Clinical and Translational Research. Olsen, who designed stimuli for the research and aided in the analysis of the results, is now at the University of Minnesota’s

Following the passage of a bill that would allow extradition to mainland China in June 2019, a typically peaceful Hong Kong became the setting of massive pro-democracy protests. Plumes of smoke and tear gas obfuscated neon lights. Police clad in paramilitary gear clashed with protestors in T-shirts, shorts, and makeshift protective gear. The effect was a series of remarkable contrasts. “It was a story made to be told visually,” says Darren Long, head of graphics and magazine design for the South China Morning Post. And yet it was unlike any story his team had told before.

That story, the constant barrage of breaking news, also changed how Long’s team approached news coverage. SCMP’s visual coverage of the Hong Kong protests was incredibly robust, ranging from explainer infographics to in-depth timelines. But when you look at the scope of the SCMP’s graphics as a whole, they offer a