MADISON, Wis. (AP) — Wisconsin told Foxconn Technology Group on Monday that it won’t qualify for billions of dollars in state tax credits unless it strikes a new deal for a scaled-back factory complex.

State officials have told Foxconn since last year that it would not qualify for the tax credits without revisions to its 2017 contract because the scope of the envisioned factory has been reduced. President Donald Trump heralded the original deal as a sign of a revitalized American manufacturing economy, calling the envisioned plant “transformational” and the “eighth wonder of the world.”

The deal with Foxconn, the world’s largest electronics manufacturer, was announced by Trump at a White House ceremony and he traveled to Wisconsin in 2018 for the groundbreaking.

Foxconn signed a contract with Wisconsin under then-Gov. Scott Walker in 2017 to earn nearly $4 billion in state and local tax incentives for a $10 billion 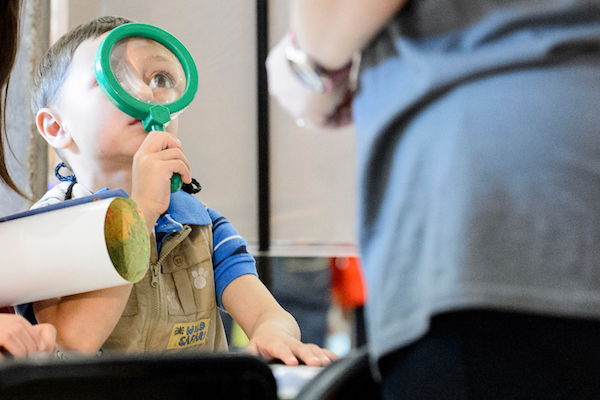 From the novel coronavirus to food sciences, the 2020 Wisconsin Science Festival, held Oct. 15-18, will feature more than 100 virtual events — with a few opportunities to get out (safely) with others.

Activities will include hands-on science experiments, live Q&A with scientists, demonstrations, performances, podcasts, behind-the-scenes tours and more — along with some up-to-the-minute information about what researchers in Wisconsin are learning about COVID-19.

Most venues across the state are offering online or at-home events. Teachers and school districts are encouraged to preregister to participate in virtual field trip live sessions with scientists covering a wide variety of topics, including learning how geologists excavate a dinosaur bone, how microscopists detect cancer cells, how material scientists can help you create a simple device at home to make electricity, what it’s like to actually be a scientist, and more.

“Making science accessible and understandable is critically important, especially now, given the