Sept. 23 (UPI) — Congress will hear testimony Wednesday from NASA about its budget needs as the space agency has stated it requires full funding to carry out plans to send astronauts to the moon by 2024.

The hearing is scheduled to begin at 2 p.m. EDT and will be streamed live here.

NASA said in a report Monday it needs $28 billion for the first phase of its Artemis lunar program through fiscal 2025.

That figure includes $16.2 billion to develop, test and launch new-generation moon lander vehicles that will carry astronauts to the surface of the moon, as well as $7.6 billion for Boeing Space Launch System rockets, ground systems and Lockheed Martin Orion crew capsules.

The Senate has yet to pass a bill to fund NASA and an appropriations bill passed by the House in July provided the agency with $625 million for the development of a new moon lander, well short of the $3.2 billion Bridenstine said was “critically important” to the project on Monday.

“If we go to March without the $3.2 billion, it becomes more difficult,” he said. “We’re still within the realm of possibility because we do have our work underway right now.” 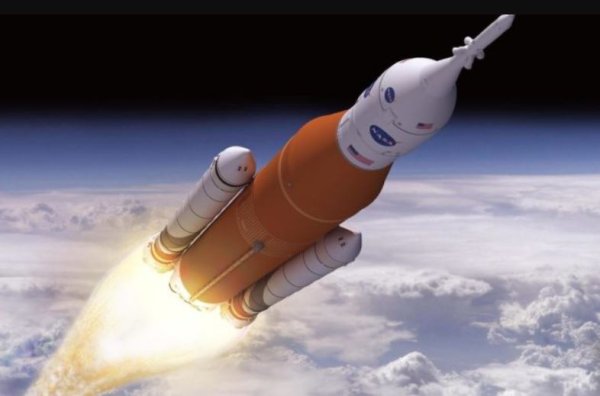 NASA said in August the cost for its SLS moon rocket, shown here in an artist’s conception, has swelled 30% to more than 9 billion. Image courtesy NASA

Bridenstine added that plans to send astronauts to the moon would remain on track if the funds are appropriated by Christmas, but added that NASA would still move forward with its moon plans even if the funding was delayed.

“Speed is still of the essence and sustainability follows speed,” he said. “If they keep delaying the funding, we [still] will go to the moon at the earliest possible opportunity.”

The 2024 timeline is four years sooner than NASA had originally planned, following a challenge by Vice President Mike Pence.

“With bipartisan support from Congress, our 21st century push to the moon is well within America’s reach,” said Bridenstine. “As we’ve solidified more of our exploration plans in recent months, we’ve continued to refine our budget and architecture.”

No human has been on the lunar surface since Apollo 17 left in late 1972, but NASA is planning this time to send the first woman to walk on the moon.