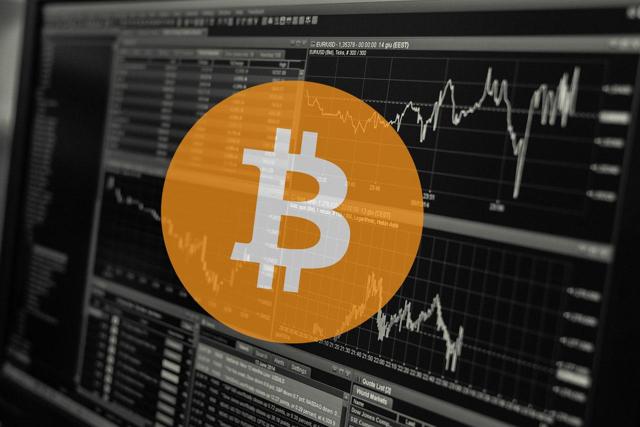 In our previous analysis, we discussed one primary reason that Bitcoin will make a good long-term investment as the price is likely to go up and stabilize once institutions gain SEC-regulated access. Fidelity and the NYSE-founded Bakkt are two examples of platforms that will influence the first phase of bitcoin’s broader adoption. These two platforms have not yet launched, but a new supply-and-demand dynamic will occur when institutional investors can access cryptocurrencies.

The next phase for Bitcoin stability and price support will hinge on the eroding trust in fiat currencies – both globally and also from younger generations who are digital natives with good reason to seek alternatives outside of the fiat system.

Economists have discussed the effects of going off the gold standard during Nixon’s presidency ad nauseum, yet this has been a futile conversation in the past as there has been no alternate method of transacting other than centralized cash. Gold and precious metals are hard to transport and cannot be used to transact daily in the modern age, despite having a store of value.

Globally, bitcoin is more attractive than many foreign currencies. Venezuela, for instance, is going through a period of hyperinflation with a cup of coffee costing 2,800 bolivars up from 0.75 bolivars less than a year ago, representing an increase of 373,233%, according to Bloomberg data. Essential goods such as toilet paper and medicine are very expensive, and many Venezuelans are fleeing the country.

Bitcoin has emerged as a solid alternative to Venezuelan bolivars. Even when Bitcoin loses value from $19,000 to $3,000, it’s still outperforming the inflation of Venezuela’s currency. On the flip side, when Bitcoin rises in value from $5,000 to $11,000 in one month, it allows global populations to hold an appreciating asset. Despite market volatility, Bitcoin makes Venezuelans money, offers them accessible protection, and they are able to escape an autocratic regime.

Although many consider countries with the most dominant GDPs as the countries who set the world’s stage for economic conditions, the emerging markets play an important role as the unrest in these regions can lead to disruption.

In South Africa, the number of new users trading Bitcoin rose 671% from January to the end of November in 2018. South Africa, Ghana, and Nigeria are among the top five countries searching for Bitcoin, according to Google Trends.

Currently, the United States is at debt levels that amount to 78 percent of gross domestic product compared to 35 percent of GDP in 2007. This debt-to-GDP ratio could reach 144 percent of GDP by 2049 due to decreased tax revenue and increased spending, especially on healthcare.

During World War II, the debt-to-GDP ratio was 106 percent, however, we are currently at all-time highs during a decade that is absent of a World War. The United States is unlikely to see hyperinflation to the level of Venezuela (at least let’s hope not), however, trust in fiat currencies will erode as debt continues to climb.

Japan is an excellent case study for an economy that’s struggling due to quantitative easing. As of 2018, the Japanese debt-to-GDP ratio is at an all-time high at 254% due to nearly 15 years of quantitative easing. Government debt to GDP in Japan averaged 137.4% from 1980 to 2017.

For Millennials, Bitcoin is a Good Investment

Rising interest rates plus booming college prices that outpace inflation has affected the age range that’s most likely to use Bitcoin, compounding the attractiveness of alternative forms of financial trust for this generation. To not invest in Bitcoin would be to bet against millennials seeking decentralization despite being negatively impacted by the current fiat system and record debt levels.

Bitcoin and cryptocurrencies have been in existence for most of the millennial generation’s adult life, having launched in 2008, and when this generation ages another decade, crypto and crypto wallets will be frictionless. Edelman Research published a study of 1,000 millennials with more than $100,000 in income and found 25% own cryptocurrency. In addition, another one third are interested in owning or using cryptocurrency.

According to Avivah Litan, a Gartner vice president, millennials don’t trust banks and the established financial system. “Millennials generally understand cybersecurity issues more than their elder counterparts and many of them trust blockchain data security more than the banks’ security,” Litan said.

Bitcoin was introduced during the last Financial Crisis of 2008. The next global financial crisis will be phase two for Bitcoin’s proliferation. Many critics believe Bitcoin will need to seek permission from central banks. Quite the opposite is true. The populations that are negatively impacted by the financial system are the ones driving this forward, and to attempt to contain every geographic unrest, every student in debt, or every libertarian across the globe through regulation will prove nearly impossible.

In the next article of this three-part analysis, “Will Bitcoin Make a Good Investment,” I discuss how the free market also is contributing to the adoption of bitcoin with many corporations on board. The free market will add to the momentum of institutional trading and economic unrest.

For one, centralized coins (Libra, JPM Coin) do not hedge against inflation and are not scarce assets. They function like cashless digital transactions made through online platforms. AliPay functions similarly (although not encrypted) and was launched in 2004 and now serves 5% of the world’s population.

Starbucks (NASDAQ:SBUX), Apple (NASDAQ:AAPL) and Google (NASDAQ:GOOG) (NASDAQ:GOOGL) also allow digital transactions without the need for cash or credit cards. Centralized crypto coins have little benefit over a mobile app payment, and may be more cumbersome as the fiat currencies the crypto is based on will have to be exchanged, whereas with Starbucks, Apple Pay and Google Pay, no conversion to a “crypto coin” has to occur. To put it simply, there’s very little benefit to converting dollars or any currency into crypto if the crypto is based off fiat currency. Seamless transactions through mobile apps are more convenient.

The value that Libra or JPMorgan’s coin provides is lower transfer fees from companies such as Western Union (NYSE:WU) or PayPal (NASDAQ:PYPL), which take a significant-enough percentage of around 5% of the amount being transferred. This is not a big enough demand to justify the launch of new coins, however, as Moneygram has announced a partnership with the cryptocurrency, Ripple, to lower the speed of transfers and fees. In other words, wire transfer companies can easily partner with cryptocurrencies rather than non-financial companies launching entirely new payment networks (like Libra).

Exploiting the lack of knowledge around the word “cryptocurrency” will be rampant in the coming years as blockchain infiltrates the financial sector. Corporate public relations firms frequently use tactics such as over-generalizing technology terms or exaggerating deployments. We’ve seen this occur around autonomous vehicles on timing for deployments (promised for many years now) as well as the various levels of autonomy (if a human is in the car, the term is driver-assisted – yet autonomous is used instead).

The parties who are launching centralized cryptocurrencies, such as Facebook and Chase Bank, are not in the business of making crypto investors’ money. Their goal is to lock people into their platform and to collect data on every purchase a consumer makes. This will not make for a good asset, although you are free to buy the company’s stock.

Institutions will not trade Libra or JPM Coin as this would be the equivalent of trading dollars (except with the extra work of converting it on an exchange). Countries with economic uncertainty will not see centralized coins as a safe haven, and thus a crypto boom in Japan, South Korea or Venezuela will not contribute to the adoption of centralized coins.

Facebook’s Libra will help to normalize crypto, however, for the general population. As pointed out at a recent Bitcoin conference, Libra can potentially be a positive thing for introducing crypto wallets to the 2+ billion users across Facebook apps. Normalizing the concept of carrying crypto and transacting in crypto, even if there’s little success for the Libra currency, will help accomplish the third and final phase for Bitcoin: digital transactions.

This analysis is not saying Bitcoin won’t experience volatility with the introduction of institutional trading, as global economic uncertainty grows, or as the younger generations seek alternatives beyond the debts they are inheriting. Over the next few years, Bitcoin will be very volatile as the new technology strives for hockey-stick growth.

With that said, Bitcoin’s support level will rise over time, and therefore a strategic entry is important to withstand volatility and hold the asset over the next 5-10 years. The next article in this series will look at the third phase for bitcoin, which will include the tipping point for digital payments, as well as how the free market is propelling bitcoin forward.

Providing high conviction analysis to give your tech portfolio an edge.

Most analysts on Seeking Alpha are financial analysts who only study balance sheets and technical charts yet know very little about technology. The issue is this provides no competitive edge as everyone has access to the exact same information.

Based in San Francisco, I have analyzed thousands of companies in the private and public technology sector, and outperform due to hands-on experience with tech products. My analysis is the most in-depth you will find in tech.

Disclosure: I/we have no positions in any stocks mentioned, but may initiate a long position in BTC-USD over the next 72 hours.