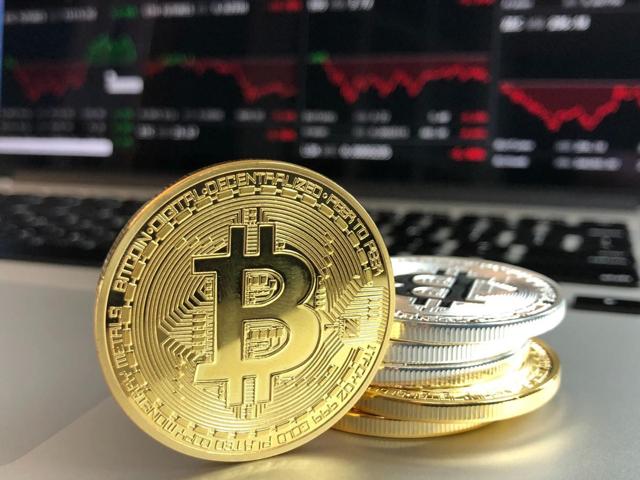 Bitcoin buyers fall into two camps (primarily). Those who trade the cryptocurrency and those who “stack Satoshis,” a term for stockpiling on Bitcoin as a means of building long-term wealth. Stacking Satoshis may be the most successful tactic due to a few key iterations that Bitcoin will go through to ultimately strengthen its price and reputation as a solid investment choice. Many Bitcoin experts expect Bitcoin to be at the height of its development in 2025.

There are key reasons as to why Bitcoin will make a solid long-term asset over the next five years and may reach its peak as a new technology with mass adoption in seven to ten years. This series explores why strategically entering the bitcoin market at a good entry price will make a solid investment for the future.

Bitcoin’s investment cycle is important to understand as the cryptocurrency has the potential for mass adoption as blockchain is built out. Although many are concerned with being too early to Bitcoin investments, it may be more important to not be too late in building a small position with an entry that can withstand volatility.

Technologies go through various phases of adoption as the customers become more open to using the technology and forming new habits. The volatility seen in bitcoin is not uncommon for a startup venture; what’s uncommon is that bitcoin is an investment, and you can track the inflow and outflow of money, which causes more uncertainty than usual for the general population who does not see the typical challenges that emerging technologies go through prior to reaching mass adoption. In other words, Bitcoin’s volatility as it attempts to find the product-market fit is not uncommon and will reduce over time.

We currently see similar volatility in autonomous vehicles and 5G supply and demand. Volatility is inherent in nascent technologies. The smartphone crawled before it could walk, with QWERTY BlackBerry and Nokia phones leading to the evolution of touch screens and app stores.

Virtually every technology product on the market today has examples of volatility and early apathy towards the believability of its potential for scale. Relative to the disruption bitcoin seeks to bring to ancient-old financial systems, the volatility has been in-line with high risk/ high reward endeavors.

Most people can imagine a world that runs on digital financial transactions as money today is exchanged digitally and cashless. For instance, China’s Ant Financial currently serves 5% of the world with a cashless application called AliPay. The United States has digital financial apps, such as the Apple Wallet, and Venmo is a popular method to exchange money between friends without fees.

One of the biggest hurdles for institutions, however, is not the idea of a world run on digital currencies, but rather the decentralization concept and the need for cryptocurrency storage. Institutional investors need to know the assets are secure, insured, and under the care of a trusted third party, per SEC rules, which requires advisers to keep client funds with a qualified custodian.

Custody solutions safeguard cryptocurrency and go beyond private keys or wallets, which are subject to hacks or the misplacement of hard disk storage. The word “custody” refers to a third-party provider of storage and security services for cryptocurrencies. These services are aimed at institutions and hedge funds, and incorporate a combination of storage online for liquidity and storage that is disconnected from the Internet. Vault storage is a popular method which keeps the majority of the crypto in offline storage with a minority in online storage. Upcoming modifications to the Glacier Protocol will strengthen high-security offline storage for bitcoin.

This year, many emerging custody solutions have been introduced to the market. In the first five months, six new custodians entered the market while a number of existing crypto custody providers have announced new features. There has been some M&A in the crypto custodian market, as well, and exchanges such as Coinbase, Gemini, and itBit have launched custody solutions in an effort to push more institutional investors towards bitcoin and digital assets.

Bitcoin Futures to Launch for Institutions in July

Jeff Sprecher, the Chairman of Intercontinental Exchange (ICE) and once with the New York Stock Exchange (NYSE) and many other exchanges internationally, aims to create a federally-regulated crypto ecosystem. The consortium includes Microsoft (MSFT), Starbucks (SBUX) , and the Boston Consulting Group, which are working together to help leverage ICE’s trading infrastructure and to cater to retail investors, institutional investors, and consumers. This could help baby boomers put their 401K into bitcoin, and pave the way for bitcoin-backed ETFs or mutual funds.

Bakkt plans to launch its physically-settled Bitcoin futures products for testing in July, according to the company’s blog post. At the core of Bakkt is the custody of digital assets for institutional clients. The first solution will be physical-delivery bitcoin futures traded on a federally regulated exchange and clearing house.

The trades will happen on ICE Futures US (OTCPK:IFUS) and will be cleared on ICE Clear US (ICUS). Bakkt will provide regulated custody as the company has filed with the New York Department of Financial Services for approval to become a trust company and to serve as a Qualified Custodian for digital assets.

The partnership with Starbucks (NASDAQ:SBUX) is a core component for success as Starbucks’ mobile app has more users than Google Pay or Apple Pay.

Bakkt will use both warm (online) and cold (offline) wallet architecture to secure customer funds. The majority of assets are stored offline in air-gapped cold wallets and are insured with a $100,000,000 policy underwritten by global insurance carriers.

Security: Bakkt will use FIPS 140-2 level 3 or higher hardware security modules to manage and secure its warm wallet cryptographic keys. The cryptographic systems will be secured in bank-grade vaults and datacenters that are protected with physical security.

Security is one area where the NYSE has already gained trust from institutions. Therefore, the barrier to entry is lower for Bakkt and institutions are likely to enter crypto futures with Bakkt being built on the same system as the NYSE.

Bitcoin Investments Will Get a Boost from Fidelity

Abigail Johnson, the CEO of Fidelity, has been a “believer” since 2017 when she introduced bitcoin and Ethereum mining in 2017 at a conference in New York.

“I’m a believer. I’m one of the few standing before you today from a large financial services company that has not given up on digital currencies.” – Abigail Johnson, 2017

In May, the company announced plans to launch a cryptocurrency trading service in the “next few weeks.” The Fidelity Digital Assets platform was created in October of 2018 with select hedge funds and family offices testing the platform for cryptocurrency custody and trade execution over the last few months.

Fireblocks, a platform for securing digital assets in transit, announced a $16 million Series A funding round from investors including the proprietary investment arm of Fidelity, Eight Roads. The startup helps to safeguard the transmission of digital assets across exchanges by building a cloud-based security platform as the current process of moving digital assets is susceptible to cyber-attacks and human errors.

Fidelity interviewed 450 institutions and found that 22 percent already own cryptocurrency and those that own crypto plan to double their allocation over the next five years. The long-term interest from institutions stems from the asset being seen as an uncorrelated risk during an economic crisis (more on this in Part 2 of this series “global economic uncertainty” – follow me for updates).

Forty-seven percent of institutions believe digital assets are worth investing in, according to the survey released by Fidelity on May 2. Fidelity will only serve institutions for now while Robinhood and E*Trade serve retailers.

Dose of Reality with Bitcoin Investments

Bitcoin is on the inflection point of institutional adoption, but it’s important to remember it has been there for almost two years. Several attempts to launch a Bitcoin-based ETF in 2018 and 2019 have fallen through as the SEC either rejected or delayed the proposals due to market manipulation.

Reports published on the SEC website claim that up to 95% of crypto volume on unregulated exchanges is fake, legitimizing the concerns from the SEC and regulators that bitcoin is subject to market manipulation. The presentation was prepared by Bitwise in March of 2019.

There was a follow-up whitepaper in May of 2019 that concluded the fake volumes do not affect price discovery in the real bitcoin spot market. The new white paper reiterates that a great number of advances and tools, such as the launch of regulated bitcoin futures and algorithmic trading, “dramatically improve the efficiency” of BTC markets.

What you know of Bitcoin today as an investment choice will change rapidly over the next 5-10 years with a few key phases of adoption and iterations that will strengthen its price and prospect as a good investment. Today, Bitcoin’s price is based on retail traders and crypto enthusiasts. To not believe bitcoin will saturate other markets would require acute, bearish incredulousness.

Investors in Bitcoin today need a few things to happen for the currency to achieve price stability and to reach its long-term potential as a good investment for buy and hold portfolios. If you want to swim with the stream, then look for a great entry price where you can hold the cryptocurrency long term until these phases are built out (again, this will take 5-7 years – maybe 10 years). I’ll be expanding on this point in the other parts of this series. Click here for part 2.

Providing high conviction analysis to give your tech portfolio an edge.

Most analysts on Seeking Alpha are financial analysts who only study balance sheets and technical charts yet know very little about technology. The issue is this provides no competitive edge as everyone has access to the exact same information.

Based in San Francisco, I have analyzed thousands of companies in the private and public technology sector, and outperform due to hands-on experience with tech products. My analysis is the most in-depth you will find in tech.